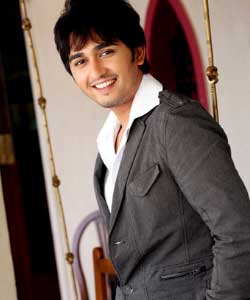 Vikas Patil who played the character of Prasad Pagare on SAB TV's Mrs. Tendulkar has apparently left the show as he was not happy with the way his track was progressing.
He made his hindi television debut with this comedy but decided to leave the show as reality has been quite opposite to what he was promised initially.

We hear that his character was to develop with time but since the show went on air, his character hasn't been given its due importance.

We contacted Vikas Patil who confirmed the news, "Yes I have left the show and it was a mutual decision between the production house and me. There were some date issues as I was busy with my theatre play and also signed a new show on Zee Marathi where I will be playing the parallel lead."

We hope that Vikas gets his due with his new body of work...

shruja 8 years ago thts gr8. wish u will get good start on zee marathi!!! which marathi play u r doing

exclusive
Exclusive Sara Khan to release her next song 'Bham Bhole'; says it's a ...
11 minutes ago