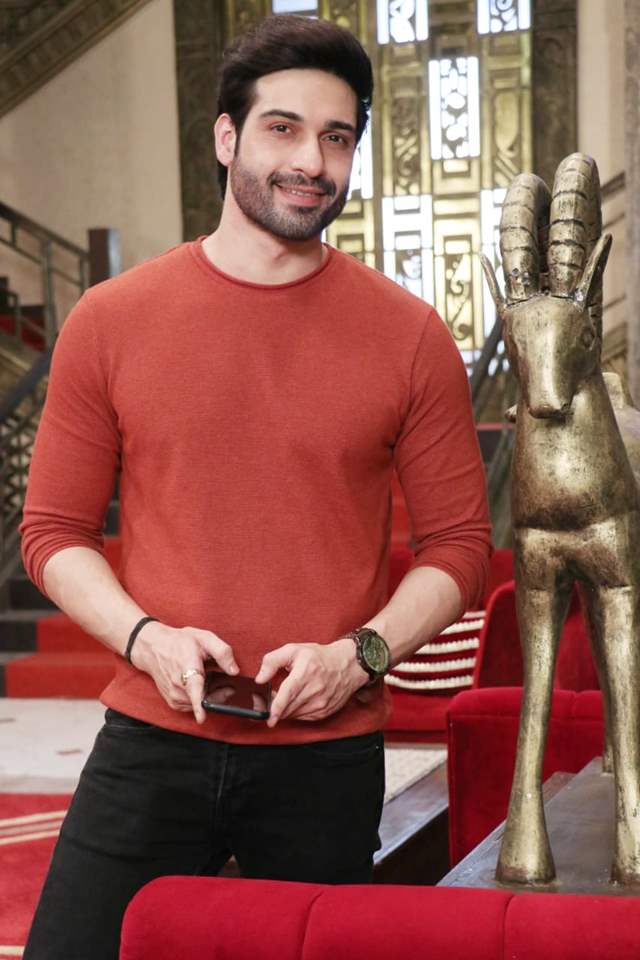 Vijayendra Kumeria has resumed shooting for his supernatural thriller Naagin: Bhagya Ka Zehreela Khel. The actor is all praise for his co-stars Nia Sharma and Rashami Desai and says, “both are good actors and have different personalities”.

He further added, “It’s a great experience working with both. Nia very naturally brings a different energy in the scene. There are hardly any retakes when you are acting with her. Rashami’s expressions do wonders in every scene, and she is so effortlessly good. Even off-camera they both are lovely people and it is fun to have them around.”

He mentioned that though they were quite excited to meet each other after such a long break, they stuck to doing Namaste because of the Coronavirus outbreak.

“We all were happy to see each other, but it was funny that instead of hugs, we were doing Namaste, but the rest is almost same. We still enjoy doing good scenes and put in the same effort that we used put in all our scenes and we will do that till the end,” Vijayendra said.

The actors are currently shooting under the guidelines issued by the government courtesy the Coronavirus pandemic. And the “Udaan” actor says there is always a fear because of the outbreak.

“Utmost precautions are taken. Safety and hygiene is maintained on the set. Everybody in the unit is aware about the guidelines and is being responsible. It’s a little difficult to shoot with less man power and you miss the old times when we used to sit together during lunch breaks and share food, but it’s necessary for our own good. Back of your mind you always have this little fear and this little fear is required,” he said.

During the lockdown, Ekta Kapoor shared a video on her Twitter handle and announced that the current season of “Naagin” will go off-air soon and mentioned that the viewers can expect a fantastic end. The news came as a shock to the actors and audience alike.

When about the story and their characters, Vijayendra said, “As we all know the show is concluding soon, as the makers have said it already, the viewers should expect a fantastic end. I expect the same.”

Vijayendra Kumeria shares that even though they work with so many ...

CINTAA ties up with Zindagi Helpline for combating suicides, ...
59 minutes ago

Sushant Singh Rajput Revealing about the Moment he Got Very ...
59 minutes ago