Agra, Jan 3 (IANS) The controversy over 'Three Idiots' and Chetan Bhagat notwithstanding, filmmaker Vidhu Vinod Chopra took a day off to visit the Taj Mahal here along with his family members including his US-based sister.

He spent Saturday evening at the 17th century monument and also watched the 80-minute show 'Taj, the Mohabbat' at Kalakriti Auditorium. He was impressed by the film and said the story of Taj Mahal has been well told and that it was unique and simply superb.

The show is being directed by Satish Gupta, who studied with Chopra at the Film and Television Institute of India (FTII) in Pune.

'Vidhu looked relaxed and cheerful and one did not find any hangover of the controversy relating to '3 Idiots'. He also expressed his desire to eventually settle down in a small city to be able to concentrate on things dear to his heart,' Satish Gupta told IANS.

Chopra, who left the city Sunday morning, was in the news for losing his cool at a press conference in the capital Friday and asking a reporter to shut up after being questioned whether his hit '3 Idiots' was lifted from author Chetan Bhagat's book 'Five Point Someone'.

The producer lost his cool when he was asked whether 70 percent of the film, which has grossed over Rs.100 crore in the first four days, was taken from the book -- as claimed by Bhagat. Chopra got angry and demanded to know if the journalist had seen the movie and read the book.

He apologised next morning saying: 'I really think I'm silly (but) I was provoked (to react that way). But I shouldn't have done this. I saw myself on TV (later) and saw how I was shouting 'shut up! shut up!' like an animal. I told myself - 'what nonsensical behaviour'.' 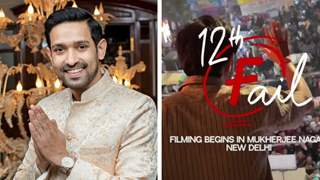 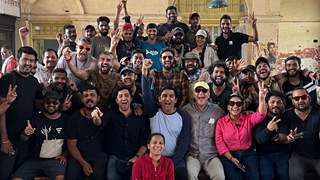