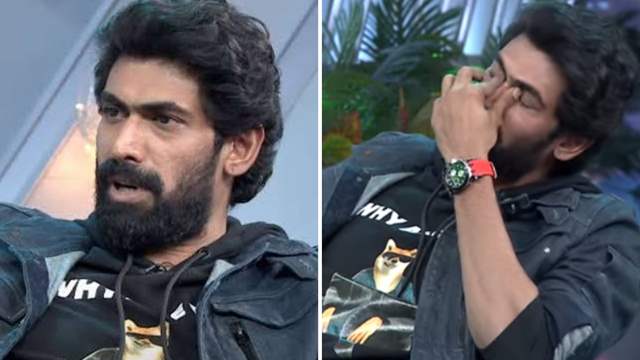 The Baahubali fame and Telugu superstar, Rana Daggubati has finally broken his silence about his health issues, a topic he had earlier rubbished.

Rana appeared on Samantha Akkineni’s new chat show, Sam Jam, where he broke down in tears as he opened up about his severe illness.

“When life was on a fast forward, there was suddenly a pause button. There was BP, calcification around the heart and you have failed kidneys... It could have been a 70 per cent chance of stroke or haemorrhage and 30 per cent chance of death straight,” Rana told Samantha.

Reacting to this, Samantha called the actor a superhero and hailed his spirit. “Though people were crumbling around you, you were like a rock. I have seen it in front of my eyes and that’s why he is a superhero to me.”

Watch the teaser of the show here:

Earlier, Rana Daggubati’s fans had expressed concern over his health after he had shared a photo of himself, where he looked extremely thin. While Rana had not spilled any details at that point, he has reacted to the same on Twitter: “Hearing lots of strange things about my health, I’m fine guys just some BP based issues I’m addressing. Will be fixed and sorted soon,” he had written, adding, “Thanks for the concern and love but don’t speculate it’s my health not yours ;).”

Earlier, there were also rumors that the actor was in the US for kidney transplant surgery. However, Rana had later cleared the air that the international visit was for an upcoming film.