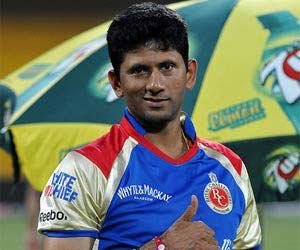 Former Indian cricketer Venkatesh Prasad, who is making his cinematic debut in upcoming Kannada-Telugu bilingual "Sachin...Tendulkar Kadu", will be essaying an important role of a coach, says its director S. Mohan.

"Prasad's role is very important in the film. We haven't roped him in to capitalize on his popularity, but because of the story. The story revolves around an autistic boy who aspires to become Sachin Tendulkar. Venkatesh plays his coach in the film," Mohan told IANS.

"Since the story revolves around cricket, I thought having real cricketers would make it even more authentic," he added.

Child actor Snehith will play the role of the autistic boy, while actress Sushasini Maniratnam will be seen in the role of his mother.

"We have already started shooting with Prasad. His camraderie with the boy will be one of the highlights of the film," said Mohan.