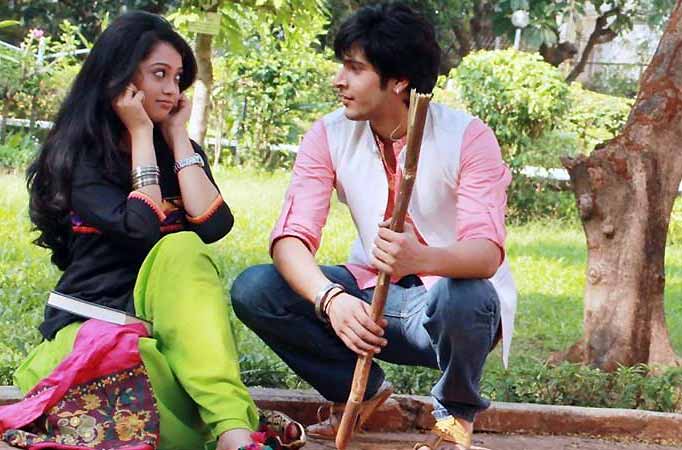 Its time to celebrate and rejoice for the team of Beyond Dreams' popular show Veera (Star Plus). The show now completes its successful 700 episodes.

The storyline of the show touched the hearts of the viewers by projecting an immense love between a brother and a sister. Kids Bhavesh Balchandani and Harshita Ojha turned out to be the stars of the show by essaying the characters of young Ranvi and Veera.

Now, the show has covered a long journey welcoming new entrants to the show like Shivin Narang, Vishal Vashishtha, Digangana Suryavanshi and Farnaz Shetty post leap and has completed 700 episodes.

When we contacted Shivin, he said, "The journey so far has been very good. For me its not 700 but its more than 700 and even more of quality time. We have spent very good time together. I would like to thank the audience as it has been possible because of them and I would also like to thank the kids who started the show. The credit goes to each and everyone associated with the show."

Sharing her happiness on this occasion, Farnaz told us, "It's an amazing feeling to get so much of recognition from  this show. I wish that the show will go like this for a long time. It's an amazing experience to be recognized by so many fans in a place where I have never been to."

We tried contacting Digangana and Vishal but they remained unavailable to comment.

A hearty congratulations for the team of Veera and we wish them all the best for their upcoming episodes!

indukuri 5 years ago Congratulations for the team of Veera, all the best for upcoming episodes.

6 years ago End it ASAP. It's getting boring day by day.

6 years ago Commenting for Vishal Vashishtha and Digangana Suryavanshi!

6 years ago Commenting for Vishal Vashishtha and Digangana Suryavanshi!

+ 3
6 years ago Vishal Vashishtha and Digangana Suryavanshi you two are the soul of this show!:) Keep rocking:D

Sadafansari07 6 years ago Congratulation veera team specially for my sweet Ranjan love u .I watching this show only for u Shivin and Farnaz love u