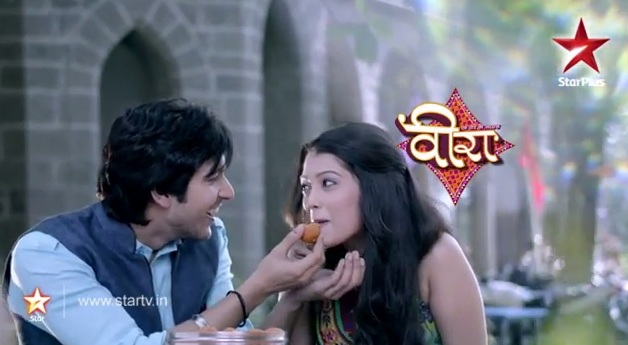 Beyond Dreams' popular show Veera which has come its interesting point now is all set for a high voltage drama.

Till now it has been shown that Baldev (Vishal Vashistha) is proved innocent who was once accused by Veera for trapping her brother in an illegal alcohol case. But now as the things have sorted between the two, Baldev has some other things set in his mind for Veera as he has been brainwashed by Simran (Priyamvada Kant.)

As Veera (Digangana Suryavanshi) loves Baldev she is trying all ways to stop the marriage. Says our source, "Veera makes a plan with Billa Jaggi who are Baldev's friends. She sends a fake priest to Bansuri's house who tells them that if Baldev gets married; then his life is at stake."

"While Veera, Balla and Jaggi are watching this secretly their plan gets foiled as Balli and Jaggi  sneezes loudly because of which Bansuri catches them & suspects them to be a fraud," adds the source.

"But Veera doesn't give up. She tries her next attempt to stop their marriage. Her next attempt is to spoil Baldev's sherwani. Baldev yells at Bansuri for being careless and spoiling his attire," ends our source.

Will Veera be successful in her plans?

Watching the show just for you

hennepin 6 years ago You both rock Vishal Vashishta Digangana!!

VishAna 6 years ago :D I'm sooo excited to watch Veera running after Baldev and fighting to win him back! Vishal Vashishtha and Digangana Suryavanshi are perfect together! Love you VishAna/VeeBa!

Jiyagulabi_26 6 years ago Wow
So lioness is back!!!
Can't wait for drama to roll in veera.
Vishal and digangana!!!!