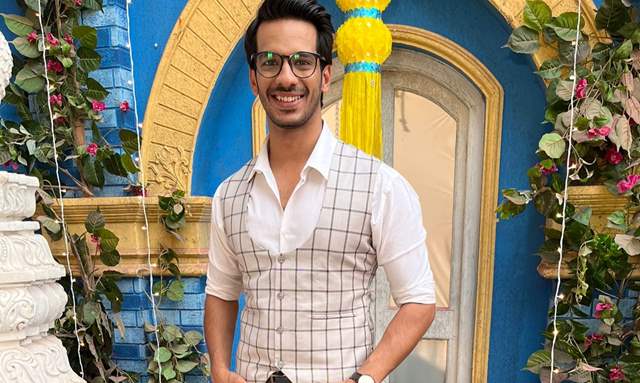 Among the most-watched supernatural thrillers on television, COLORS’ ‘Pishachini’ arrested the attention of viewers within just two months. The show chronicles the evil exploits of a blood-thirsty demoness Rani, who preys on the souls of the living. The diabolical and powerful Pishachini has put a spell on the Rajput family and brought it under her control. The pride of the family, Rakshit Rajput a.k.a Rocky is vexed with the visions of ‘Pishach Lok’ calling for him. Pavithra as always has been a savior for the Rajput family and especially for the love of her life, Rocky.

Amid this supernatural chaos, the show will witness ‘Veer’s entry into the lives of Rani, Rocky, and Pavithra. Actor Shrey Mittal will be seen essaying the role of the enigmatic Veer, who’s a quirky and goofy professor.  Veer is also Shikha’s (Rocky’s sister) boyfriend whose entrance is touted to bring many new layers to the show. Whether he’s the Pishachini’s accomplice or Pavithra’s ally, a Nashak remains to be seen.

Talking about his role and the show, Shrey Mittal says, “I am thrilled to join the team of Pishachini, a show that has earned plenty of acclaim in a short time. Since its my first supernatural show, I am certain that this role will help me experiment with my craft as an actor. Veer is a mysterious character that will keep the viewers on the edge as they try to guess what he is up to. I hope the audience embraces the new character and showers love on the show.”

We wish the actor continued success on the show ahead.