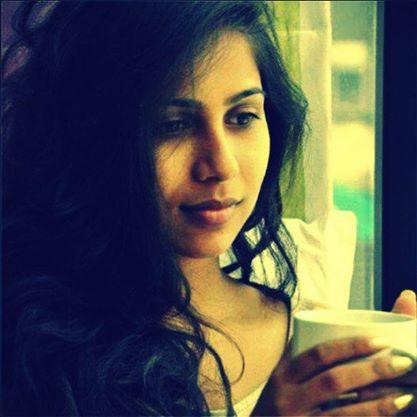 Good looking Veebha (Vibha) Anand is all set for a new innings on the small screen. Soon the actress will be seen in MTV India's new series, Humko Ishq Ne Mara. She is currently seen as Subhadra in Mahabharat.

Talking about the show, Veebha says, "This show focuses on the two girls who hail from different states and have come to an institute called Space, for pursuing their dreams. Both of them aspire to become singers and this series will portray their journey."

When is the show coming on air? "We are yet to start with the shoot and I really don't know when will the show go on air. I think by June end or July first week it should. Our shooting is schedule from first week of June," says Veebha.

Veebha says that her look is quite different in this show from the previous shows and she will be seen in a geeky look, "My character look is different with specks and two plats. She is the one who believes that her singing talent is enough for her to pursue her dreams and looks don't matter. Though as the story progress, you will see some good changes in the show."

So what has Veebha liked the most about her character? She says, "The best thing about my character is that her name is Navya Naveli and I came to know that Amitabh Bachchan's granddaughter shares the same name. So I'm very excited. Also Big B belongs from North India and my character too. I really hope that audience likes me and my show."

With Humko Ishq Ne Mara coming up on MTV India, the channel is also going to launch Balaji's new series on Vampire titled as Fanhaa.

amritat 6 years ago You are really sweet as Subhadra...All the best!!

Arul97 6 years ago I like you as subhadra of mahabharat and suguna of balika vadhu.

matwamango 6 years ago I like your portrayal of Subhadra on Mahabharat. Good luck