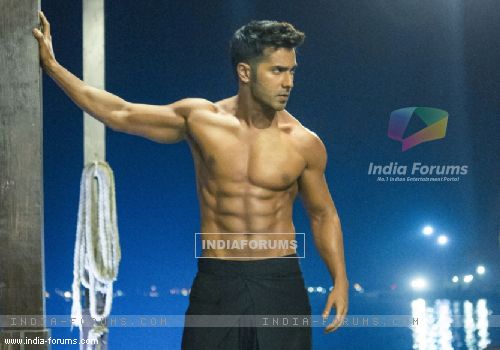 ABCD 2, the dance drama film has surely made its stars go through a lot of rigorous training. Be it wearing the dancing shoes and practising from dawn to dusk or be it hitting the gym to get the picture perfect physique.
While shooting for Badlapur Varun had stopped working out, once he was to start shooting for ABCD 2 he needed to acquire a ripped dancer like physique. Hence, Varun geared up himself to start an intense workout says a source.
Our hero then started an intense workout regime for about two to three months which helped him to prepare for the role and stay mentally relaxed. Since Varun had to acquire a chiseled body he worked out under the guidance of Prashant Sawant his trainer. He lost about six kgs and this is the best shape he has even been in.
He was seen posting his picture on a photo sharing site with a caption that read: Worked my ass off to achieve this for #abcd2 thanks to my trainers @prashantsixpack @rohanbodysculptor who took me to hell and back will be putting up a lot of posts of the process. This is the body for #abcd2 #6pacisback enjoy #bezubaan
It will surely be a candy for the eye to see our dashing actor's smashing look. ABCD 2 is slated to hit the theaters on June 19, 2015.