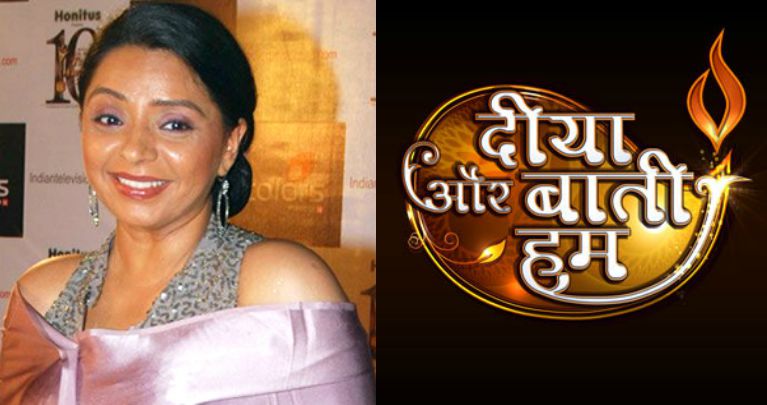 Star Plus Diya Aur Baati Hum is all set for more drama and will witness a few entries. After Aadesh Chaudhry the latest to join the gang is  Vaishali Thakkar who was last seen playing the long suffering Damini, better known as Ammu in the series Uttaran.

Our source informs us, "Vaishali's character Manjari on Diya Aur Baati Hum is a grey and rigid character.  She will be playing Amit Dolawat's mother and will be seen as a very strong Bengali woman.  She will hate Sandhya who has entered the village and will make her life hell."

We contacted Vaishali who confirmed, "Yes I am entering the show.  Its a cameo but a very strong character. Manjari will make Sandhya's (Deepika Singh) life hell by torturing her mentally and physically.  Its something different which I have never played before on screen."

Vaishali Thakkar has already started shooting and her entry will soon be telecast.

+ 2
5 years ago Deepikasingh you look gorgeous as sagz, keep rocking

+ 3
5 years ago torturing her mentally and physically, oh no, deepika you look gorgeous as sagz, keep rocking

8 years ago Sad news guys, HANGAL SAAB JUST PASSED AWAY AN HOUR AGO.

may god rest his soul in peace.