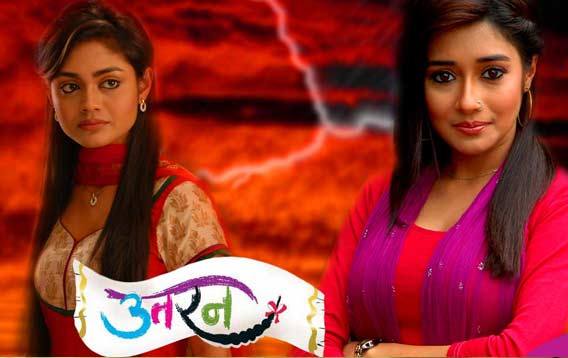 Film Farm Productions' popular show Uttaran on Colors which was doing the rounds for quite some time for going off air has got an extension from the channel and will see a change in the time slot. One of the longest running shows of Colors has seen various twists and turns and still has kept its audiences hooked to the show.

But due to the change in the slot it seems there is a revision in the payments of the star cast and also there is a buzz that their payment might be slashed. Well, revision of fee is very common with the popularity of actors in long running shows but with the cast of Uttaran the scenario is totally opposite as there is a cut in the fees of the main actors from the show. There is a considerable amount of pay cut which actors have to face with the changing of time slot. We got in touch with few actor to understand the exact matter.

Gaurav Chopra seen as Raghuvendra Pratap Rathore says - There is an additional time slot of 7pm which telecasts the repeat episode of the show and so it's just an experiment in shuffling of timing as Uttaran was never supposed to go off air nor there is any sort of confirmation about the change in timing and so I have not heard anything about the cost cutting as of now.

Rashmi Desai Sandhu seen as Tapasya Raguvendra Pratap Rathore says - I have not received any call about such cut down but yes there might be a change in the time slot as it has received the extension and the show might wrap up in one year but I am happy with whatever happens.

Tina Dutta currently seen as Meethi Akash Chatterjee says - There has been no discussion about the change in time or pay cut so I have no idea what the production team has decided.

Mrunal Jain seen as Akash Avinash Chatterjee says - Nothing has been told to us and so we are not aware about the facts and consequences which have been taking place.

While contacting Producer Pintoo Guha but he denied saying that no change is happening.

So till then we can enjoy watching Uttaran!

CandyCrushh 6 years ago Watching it only for my doll Tina Dutta and Ajay Chaudary.. guess CVS might bring somethin new in the upcoming episodes than old same track

maryadalover 6 years ago Uttaran ia one of the higest rated shows here in UK
and is still doing wonders at the BARB charts
I am sure colors would not want to lose a huge chunk of international audience by ending it
Also the Maharani track was the most awesome track in any indian daily ever...
Long live Uttaran

Rishi_ 6 years ago one minute hold on guys! the show is getting decent trps.

If anyone doesnt like the show then dont watch. Koi zabardasti nahi hain.

But the show will continue as long as it continues to get trps.

as such colors is sliding down day by day and its trps are very poor.
in such difficult situation they cant close uttaran which gets decent trps.

TheRager 6 years ago Just end the damn show! Why dont they get it!

samicute 6 years ago this show has lost its original flavo9ur .. it needs to go off air PRINCESS_ALISHA 6 years ago come on. wrap up these show. cant bear to see.

Petal.28 6 years ago this show has lost its original flavo9ur .. it needs to go off air

Shaina_b 6 years ago Why don't they just end it??