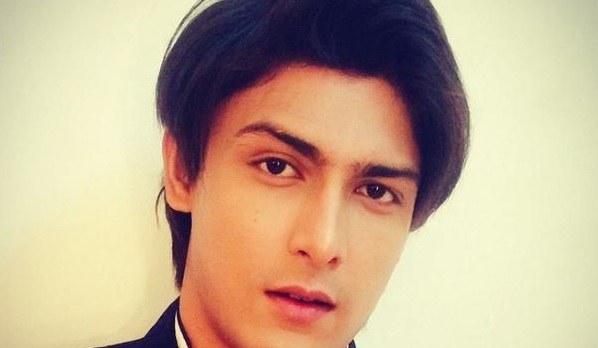 Smart Utkarsh Gupta, rose to fame as Druv from MTV India' Kaisi Yeh Yaariaan, has bagged another show in his kitty.
Our credible source informs, "Utkarsh Gupta has taken a break from his ongoing show Kaisi Yeh Yaariaan as he is busy shooting for his upcoming show. He is a part of MTV Splitsvilla 8, the popular reality show of MTV India."
When contacted Utkarsh Gupta, his phone was switched off.
To those uninitiated, MTV Spiltsvilla 8 is set to be hosted by sizzling Sunny Leone and Handsome Ranvijay Singh.
Aakruti Damani

5 years ago Utkarsh i wasn't expecting much but im starting to like ur bonding with sana.. U guys look adorable
Wish u win the show..all the best

+ 4
5 years ago I don't find anything shameful in splitsvilla...it a great show... Comon, we are in21 century... No offences but its utkarshs life and career and I thinks it's gonna be a great break for his career...the production team is not mad ...if so ...sv would have not reached its 8 the season...which is commendable...
Sv is a great show... All the adults come their ... Of course they have brains and motives to come their... Its great watching the show...hope utkash to achieves his motive behind coming to splitsvilla...

+ 4
5 years ago All the very best Utkarsh Gupta. Will miss you as Dhruv.. hope you'll be back in Kaisi Yeh Yaariyan soon. Love you lots.

5 years ago looking forward to see Utkarsh Gupta in SV

+ 5
5 years ago Okay.. I'm not a fan of Uttu but I don't find your comment appropriate @nitisfan. What Uttu does with his life & career is totally his call. Is it a crime to be on splitsvilla? What is so shameful about Uttu participating in it? It is rather laughworthy! I don't watch the show so I don't exactly know what "shameful" things happen in the show but if you know it then you are a viewer of such shameful show?

5 years ago Ppl will do anything for money -_-
I still remember the season 1 of it.. And the girl is nowhere to be seen!!
He will select a girl and den will give her 15 min of fame and then would part ways citing irreconcilable differences!!!

5 years ago I don't know why are people taunting him so much. It is the channel's decision and not his( though not entirely) He is talented so why such negativity?

+ 2
5 years ago I dont care if the whole cast takes part in it but niti baby u stay away from it. that is one nasty show.