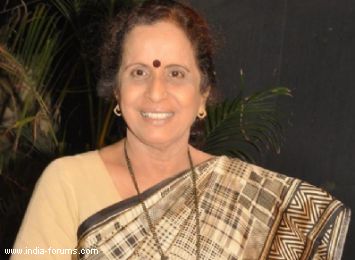 "Kairi...", aired on Colors, is a story of the clash between a tyrant mother-in-law Imarti Devi (Hema Singh) and a loving, yet rebellious daughter-in-law Ambi (Preeti Chaudhary).

Usha, a veteran in the industry, will be seen narrating a recap of the week on the weekend special -- "Kahani Ab Tak" of the show.

Having played a 'saas' on the small screen, perhaps she fits the role of a 'sutradhar' for a show like "Kairi..." very well.

+ 2
8 years ago usha is a known actress. lets see how the story unfolds. chal..shah..maat is gripping now.

8 years ago She's an amazing actress. All the best to her.