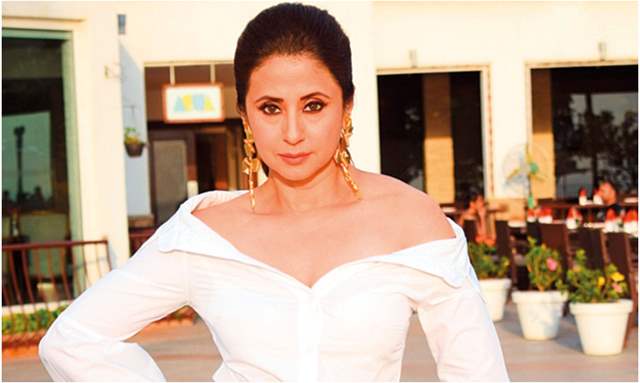 Actor-turned-politician Urmila Matondkar was last seen in the film Blackmail which co-starred Irrfan Khan. Soon after making an appearance in a special dance number Bewafa Beauty, the actress chose to exit the entertainment industry and joined politics in March 2019.

While the actress has reportedly mentioned that she never intended to quit acting, Urmila’s fans kept waiting for her return to the entertainment industry. Now, during a recent interview with ETimes, the Rangeela actress revealed that she is planning to make a comeback soon and she is also reading scripts.

If we are to go by the reports, prior to the Coronavirus setback, Urmila signed a web show, but unfortunately, destiny had some other plans.

Urmila explained that they had scheduled the dates, but due to the lockdown, it was pushed ahead. Later, the shoot got postponed further as the lockdown was extended.

“The last I heard is that the project is now stuck due to some permission issues. So, I am just waiting to see what happens next,” said Urmila during her interview with ETimes.

In a career span of over 2 decades, the 47-year-old actress has also worked as a child artiste in Shreeram Lagoo's 1980 Marathi film Zaakol and Shekhar Kapur's critically acclaimed Masoom (1983).

Garnering praise for her excellent performance and dance numbers, Urmila wants to surprise her fans in a never-seen-before avatar. Speaking about her comeback and selecting a project, Urmila asserted that unless and until one is going to take it a notch higher, she doesn’t see any interest or any point in taking up a project.

“I can’t be doing things just for the heck of it, and which is why I was really gung-ho about the digital project. But I am sure that if not that, then something else which is great will come up,” the actress added.

She also pointed out that her fans would be able to see her on the big screen soon.

Urmila Matondkar is known for her 1995 film Rangeela which starred Aamir Khan as the male lead. Back in 1997, the critically actress received a nomination for Filmfare Award for Best Supporting Actress for her performance in the drama Judaai. The following year, she starred in the crime-drama Satya, which is referred to as one of the greatest films of Indian cinema, which backed her another nomination for Best Actress.