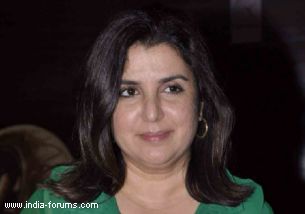 Filmmaking needs commitment and this has been clearly endorsed by filmmaker Farah Khan, who has continued to shoot for her film "Happy New Year" despite her ill health.

Actor Boman Irani, who is part of the film's cast, was all praise for Farah's perseverance and dedication.