Viewers till date have seen mind blowing performances, witty wisecracks and harsh comments from the judges… but there is a lot more that goes on behind all the drama. Star One now brings you exciting off stage action. ‘Reality Episodes’ of the biggest battle of the sexes – Zara Nachke Dikha- Andar ki baat & the biggest laughter riot - The Laughter Challenge Special,  will make audiences privy to all the happenings that have not been aired on television screens before.

The reality episodes promise to be upfront, with edge-of-the-seat content, loaded with fights, banter, laughter, tears and all the toil that goes on behind the scenes. From fights during the rehearsals over the strategies failed, team work issues, to the nervousness of the contestants preparing for their gags, you are bound to ask for more.

Be a part of all the inside masala in the uncut version of Zara Nachke Dikha-Andar Ki Baat & The Laughter Challenge Special ‘Reality Episodes’, every Wednesday & Thursday beginning August 20th, 9 :30 pm onwards, only on Star One.

Featured Video
It encapsulates the journey of the contestants since the last 6 weeks, their feelings, achievements and emotional turmoil. The episode also captures some of the wonderful experiences they had while rehearsing, shooting the dance sequences and their actual thoughts towards their opponents… This and lots more action!!

Join hands with Bharati as she prepares her gags for the character Lalli. Also get ready to appreciate the women’s sense of humor with a special episode that showcases the gags performed by the mighty women of the Great Indian Laughter Challenge 4. 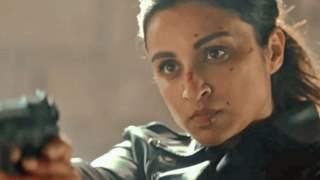 14 years ago i love her too!she'z really cute and sweet

+ 2
14 years ago Wanna see behind the scenes of Zara Nachke Dikha...should be entertaining!

14 years ago Zara Nachke Dikha is a gr8 show
i like girls . they ar the best
and i want to add that dress of malika i don't like
she don't have another dress.....!

14 years ago love the shows
can't wait for it
t4s