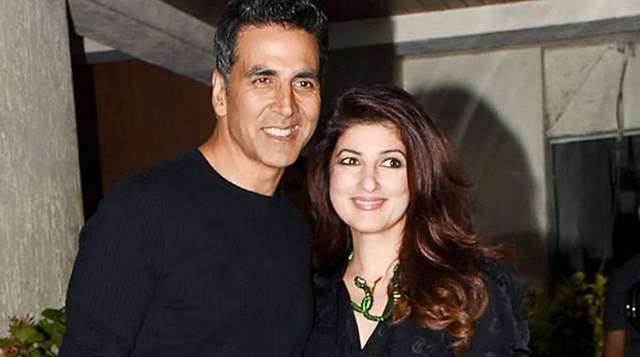 Bollywood actor Akshay Kumar and his wife Twinkle Khanna are one of the most loved couples of Bollywood.

The pair of Twinkle and Akshay is very much liked by their fans. The pairing of these two also inspires many people.

At the same time, she is also seen talking about her and Akshay's relationship from time to time.

Now, recently, she has shared the truth of marriage with the fans by sharing some pictures. Seeing how, the conversation between husband and wife turns into a debate.

The Mrs Funnybones writer is very active on social media.

The actress often shares many of her pictures and videos with Bolloywood fans. Now recently Twinkle Khanna has shared some pictures with Akshay Kumar.

These pictures were clicked by Twinkle Khanna's niece.

These pictures are candid photos of Twinkle and Akshay in which both are interacting with each other.

But on swiping the photos, it is seen that how the talks between the two turned into an argument, it was not known.

'My niece took a series of pictures while we were chatting away and I think this is pretty much a representation of most marriages. You start off with your best smile and it goes progressively downhill:) The last picture is of me trying to intimidate him but managing to knock over my coffee instead! From Jab We Met to What The Heck!'

The actress captioned the pictures with hashtags marrigediaries and bestfriend.

These pictures of Twinkle and Akshay are being liked a lot by their fans.

Everyone is commenting and telling it the secret of successful marriage of these two.

Let us tell you that Akshay Kumar is in London with his family these days. Akshay has gone here for the shooting of his film 'Cinderella'.

In the past, Akshay's mother Alka Bhatia had died, at that time Akshay had left the shooting and returned to Mumbai.

After which he has once again reached London with his entire family.