View Profile
Indian Television seems to be in a good space currently as we are seeing new themes being explored by producers these days. Gone are those days when television could only think about coming up with a Saas Bahu Saga or a serious drama, or a usual romantic story. As the time passes by our television is also exploring new genres and bringing something unique in front of the viewers..
To start off with, Star Plus' Airlines, was a very realistic and a unique experiment seen on television. Besides the acting skills, the set up, screen play and the story gave a realistic look to the show. Well, in this progressive era which is a boon for women, the show aimed at projecting Ananya's story whose dream is to be come a successful pilot in the aviation industry gave more weight age to the show.

But what makes us think is why these genres are trending these days? Is it because there has been too much of rona-dhona shown on TV or does the audience want to see something positive and unique which inspires them. The answer is perhaps the audience wants to get over with it as the newly launched show Reporters, which is based on a very conventional topic, presenting something for them. 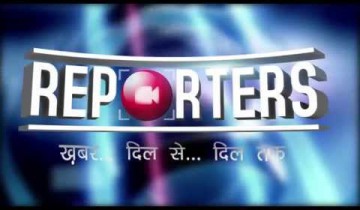 Sony TV's Reporters, starring Rajeev Khandelwal and Kritika Kamra strikes the viewers perfectly as the story itself is about Journalists. It will project, how journalists work round the clock, what deadlines do they have to match and how is their working style.

Adapting many shows from foreign like Missing titled as Laut Aao Trisha, 24 titled as 24 tele-series starring jhakaas celeb, Anil Kapoor seems to have gotten a tremendous response from the viewers. Thus, they loved the series Dill Mill Gayye, which was based on Doctors and interns. While the first season Sanjivani was a big hit, Dill Mill Gayye, turned out to be a popular show giving a platform for many actors. 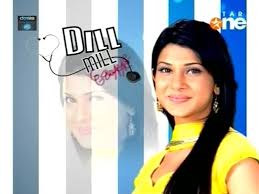 Joining Dil Mil Gayye, are Kuch Toh Log Kaheneg, Zindagi Wins on Bindass is appealing the viewers. Also, Pulse Media is coming up with a show based on medical industry starring Pooja Gor and Sahil Anand in the lead roles.

Sunshine Productions has made its name in bringing different concepts and attracting viewers with shows  Miley Jab Hum Tum, Na Bole Tum Na Mene Kuch Kaha and more. Well, the  producer Sudhir Sharma is all set to bring a show based on the Hotel Industry on Star Plus, starring Akansha Singh and Gaurav Chopra.

Earlier a show on Star One, Hotel Kingston was based made which was based on the Hotel industry too, looks like the producer is keen on exploring genres with the show.

When we contacted, the Producer Sudhir Sharma of Sunshine Productions said,"I think earlier during the era of 94-95  the trend used to change in every 5 years but today, we see a change in every 2 years. If you compare Indian television today with the earlier time you will notice a lot of difference. Today the protagonist may not essay the role of bahu whereas she is seen as an engineer or an officer today. I am enjoying this phase of television where I see varied content and themes getting explored .It serves the taste of all types.
Phalguni Sharma

+ 3
5 years ago Yaar rulaoge kyaa...baar baar DMG ki taaref karke...
all know in no chance it gonna start again though we DMGians deep down inside still have hope...
missing Dmg like hell...
DMGians still love DMG...

+ 2
6 years ago Love dill mill Gaye n missing it.
Want it back on tv with Karan Singh Grover.

+ 3
6 years ago Yaayyy! Finally it's Monday, April 13th! Counting hours for Reporters and Kritika Kamra to rock the screen! All the very best Princess!

+ 3
6 years ago Excited for Reporters.

Can't wait to see you back onscreen Kritika Kamra

+ 3
6 years ago Just 1 more day for Reporters. Excited for Kritika Kamra's come back on Tv.

+ 2
6 years ago Love mjht..it was truely a show which came as a breathe of new air midst saas bahi dramas... even dmg ..love them

6 years ago as a viewer I can only request to bring back airlines. . we want airlines season 2 with same cast..