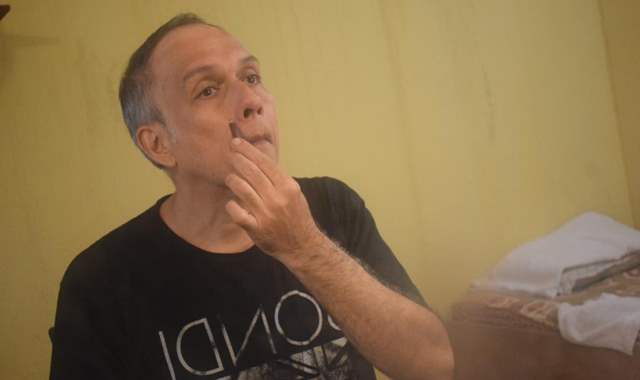 Sony Entertainment Television’s Mere Sai- Shraddha aur Saburi has made its mark in the minds of the viewers through its content by engaging the people in pure Sai devotion. Audiences have showered their love on the show since its inception. Every track has helped Tushar Dalvi have a different experience and he has learnt and tried something new everytime.

The day shoots resumed; the actor has been reporting 1.5 hours before call time on the set. The reason being, apart from prepping for his character, Tushar is also doing his own make up because of the social distancing norms and precautions in place. The actor shares, “It would earlier take 45-50 minutes, now I take about one-hour-30-minutes to get ready. Sticking the beard properly is also a task. Then different shades and tones are required to suit outdoor, indoor scenes, cloudy and sunny weather too. Also, we come to the set early for the sanitization and checking that happens, and then the makeup. But we’ve to adjust. Work can’t stop, or else it would be difficult for many to survive."

Currently, the track is about regaining faith in God, importance, and relevance of god's presence in everyone's life. The new track revolves around life of a 15yr old girl named; Krishna, staying with her Mama, Mami and their daughter as she has lost her parents. They treat Krishna badly and make her do all the household chores and give significantly different treatment to both the girls in the house. Due to everything that she has faced since her parents death, she has lost faith in God. Finally, Sai Baba will help her rebuild her trust and faith in God.

Rhea Chakraborty arrives at the DRDO guesthouse after receiving ...

Rhea Chakraborty Mobbed outside ED’s office; Arrives for ‘Round Two’ ...

Rhea Chakraborty Hides her Face, Gets Mobbed as she Arrives at ED to ...

Himanshi Khurana Rushed To Hopsital After Testing Positive ...
36 minutes ago