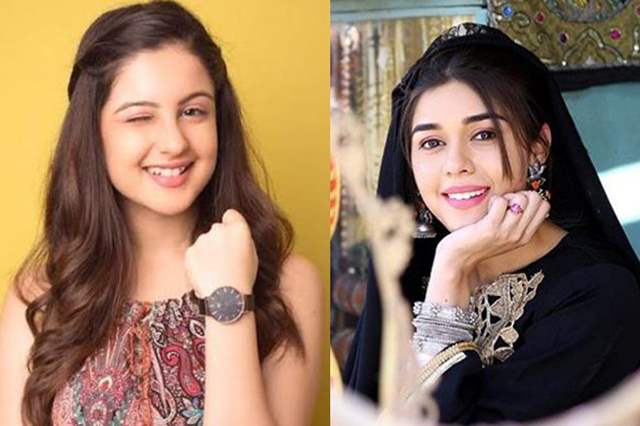 Last night, we reported about how it comes across as happy news for the fans of Ishq Subhan Allah as it was confirmed that actor Eisha Singh is all set to make her comeback to the show as the lead. The actor mentioned how she felt extremely disheartened even when she had to quit the show as it is her baby and she is extremely happy to be back on the show after all this time. But as we know, this means that the current lead Tunisha Sharma will be replaced.

It is also no secret that Sharma was the replacement of Singh back in October 2019.

Having already known Singh's side, in a recent interview with Bombay Times, Sharma opened up on the same. She said, “Earlier, there was a lot of confusion around the resumption of shoots. Since there was no clarity, I couldn’t finalize a date to return to Mumbai from my hometown, Chandigarh. That apart, I have been forced to opt-out of ‘ISA’ due to some personal reasons. I conveyed my decision to the channel and the production house, and they were quite understanding about it.”

She continued saying, “It was a great experience working with such lovely actors and technicians. I shall be forever grateful to the team for making me a part of ‘ISA’. Zara will always hold a special place in my career. Like every character, I learnt a lot from her, too. Initially, I was a bit reluctant to take up the show, as I always try to avoid replacing someone or join a daily soap midway. It’s always a daunting task to fit into someone else’s shoes. However, I think I did my job well and I am happy about the love that I received from the audience. I will miss being a part of the show, but I’m really happy that Eisha is returning to it since the fans really missed her.”

On her co-star Adnan Khan, she said, “We became really good friends during my stint on the show. He is hard-working, positive, patient, supportive and overall, a very good co-actor. It was really great working with him and the ‘ISA’ team. Everybody was very loving and supportive. I will miss everybody and being on the set.”

In the end, Sharma conveyed her best wishes to Singh on her comeback and wished all the luck and huge success for the show.

SamW92 1 months ago Love Tunisha Sharma. Wish to see her in a show/web series/movie very soon.

Eva Green Slams Back at Allegations That She Killed The ...
49 minutes ago