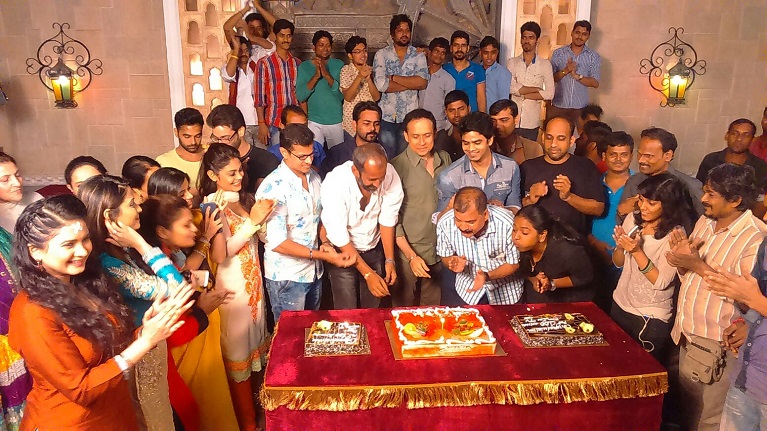 An elated Sreejita De says, "It was around 6 months back we started our journey. It took time to gel up with everyone as there are many actors in one frame for this show. But in this span of 6 months we all have become so close and connected to each other, even on Ganpati this year we all went together to houses for darshan, the team is fun to be with."

Talking about her character, she says, "I am lucky enough to get a chance to play so many variations in such a small time. I started with a positive character however because of possessiveness and obsessiveness my character turned into negative one. Now in the further episodes, I hope to play more variations with my character in the show."

"I would like to make a special mention of my dearest co-star and friend Dimple Jhangiani. Though she has left the show 15 days back, I am in touch with her on daily basis. I miss her a lot. We share a strong bond." adds the lady.

We wish hearty congratulations to the entire team for its century!

6 years ago This is very annoying, like really. Can we get a segment of the celebration already.

6 years ago Wow IF updated pics of celebration, sreejita looking cute in salwar

6 years ago Lost interest in show long back due to biased n boring story , wish sreejita u come in new show as lead soon

6 years ago We want to see positive n romantic track of sreejita which was promised initially. Watching only for this superb bong beauty .

7 years ago Happy for all the crew and congrats to them. But can we get a segment of #AjNa #ChandniKabeer please. Want to see their off screen masti and friendship.

7 years ago No matter how bad r creatives u give ur best SreejitaDe , u stand out as a character even if u have 2 mins shot . Kudos to u , but i hope u get gud PH & creatives in ur next venture.

+ 5
7 years ago Dimple Jhangiani all the best! I am glad that u quit this pathetic show.