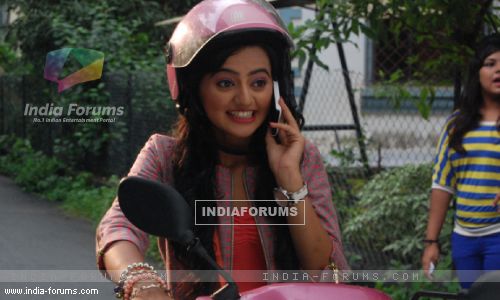 Sony Pal's Khushiyon Ki Gullakh Aashi has been loved and much appreciated by the viewers for the bubbly Aashi's (Hally Shah) or the the concept of the show wherein Aashi adopts an aged couple as her parents.
Well, the latest track update that we have received is that Prabha's (Nishigandha Wad) grandchild Tukur will go missing and kidnapped.
Our source states, "Viewers will get to see Aashi taking Tukur (Dev) out in the market where a few goons come in and kidnap Tukur. Aashi tries to follow them but all her efforts are futile. Actually, the entire drama of kidnapping Tukur was planned by Aashi's father but at the scene, some other goons come and kidnap the kid. Learning about the entire scenario, Vishesh gives orders for police patrolling at all the check posts. At one of the check posts, Vishesh finds Tukur and gets him back home."
Well, what happens next when Aashi comes to know that his father had also planned to get Tukur kidnapped.
Keep reading this space for more updates on your favorite shows.
Upasana Patel