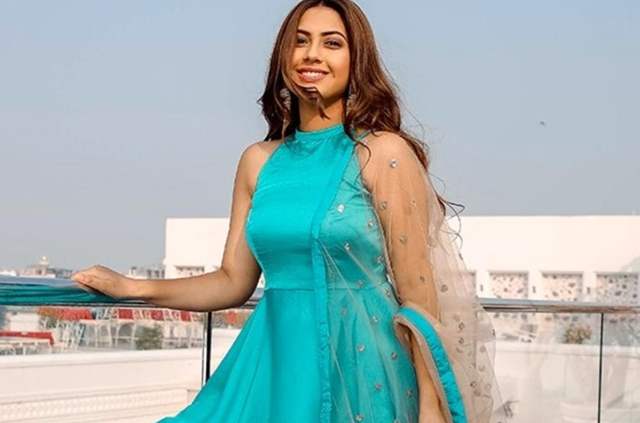 Zee TV’s popular fiction show Tujhse Hai Raabta has been an audience favourite due to its intriguing plot and relatable characters like Kalyani (Reem Shaikh) and Malhar (Sehban Azim), who have found a deep place in the audience’s heart. Both the characters have been bringing in several unprecedented twists and turns, keeping the viewers engaged at every point of the tale. The show recently witnessed a new twist where much to the audience’s dismay, Malhar dies. However, in the upcoming episodes, more drama is to follow, and the audience will be at the edge of their seats as some major twists turn the whole tale on its head. For keeping their fans entertained, all the Tujhse Hai Raabta actors have been working relentlessly without taking a break for the entirety of 2020 and look like Reem Sheikh is planning to take a break and travel pretty soon.

Being at home during the lockdown, Reem realised the value of travelling and though the actress identifies herself to be more of a reader than an explorer, she did travel to Udaipur for a shoot as well as Goa with her closest friends recently. But she's not done! Travel seems on the diva's mind and she plans to make several trips during this year, something that she's not done before.

As Reem Sheikh shares, “2020 was a good year for me. I got the opportunity to discover myself, understand people around me as well as understand the essence of life. I have never been an adventurous person, and neither was I fond of travelling. But during this lockdown I did realise the value of travelling. In fact, I reconnected with a lot of my old friends, which is hard to do otherwise while shooting for Tujhse Hai Raabta. That way I ended 2020 and started 2021 on a happy note.  I was able to explore the beauty of Udaipur along with my parents who accompanied me for the trip, and it turned out to be a mini holiday for us. After Udaipur, I went to Goa with my closest friend and her family.  I feel I am on a travelling spree and I would love to go for more such vacations in 2021.”

While Reem plans to explore her adventurous side in 2021, the audience is in for a roller-coaster ride with the new twist in the show presenting an opportunity for Kalyani and Shera’s relationship to bloom. But what will happen next?