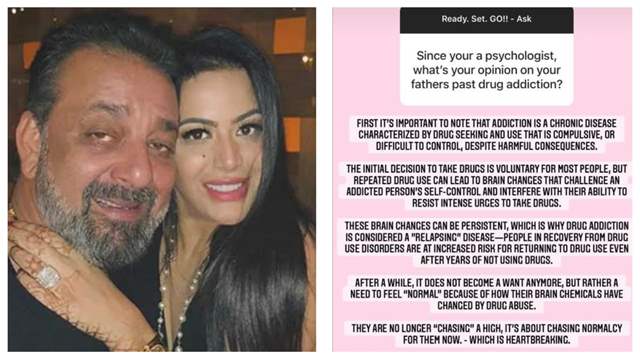 Actor Sanjay Dutt's life has certainly been a topsy-turvy one to say the least and while we have already seen several shades of the same in the biopic, Sanju, seemingly his life continues to unfold.

Recently, the actor was diagnosed with lung cancer but even with that, he fought the disease and continues to be an example to many. One of the pointers of the film Sanju and thus Dutt's life was him admitting to being addicted to drugs.

Recently, in a conversation on Instagram, Dutt's daughter Trishala was asked about it where the question read, "Since you're a psychologist, what's your opinion on you father's past drug addiction"?

To this, Trishala penned a long note and said, "First it's important to note that addiction is a chronic disease characterised by drug seeking and use that compulsive, or difficult to control, despite harmful consequences." She then added, "The initial decision to take drugs is voluntary for most people, but repeated drug use can lead to brain changes that challenge an addicted person's self-control and interfere with their ability to resist intense urges to take drugs."

She added, "When it comes to my fathers past drug use, he will always be in recovery. It's a disease he has to fight every.single.day. Even though he's not using anymore. I'm proud of my father for admitting he had a problem, taking initiative and seeking help for it. There is nothing, not a damn thing, to be ashamed about,"- 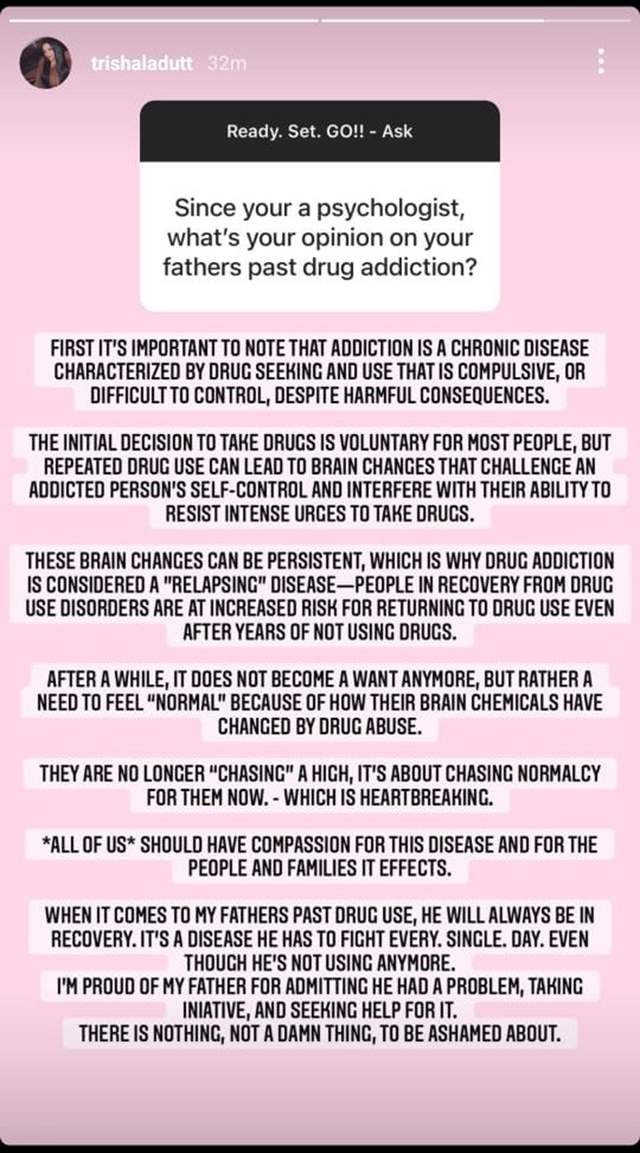 Not only are those words of a proud and confident daughter but the fact that she's a professional and is saying all this, it's indeed inspirational for anyone who is trying to quit the addiction.