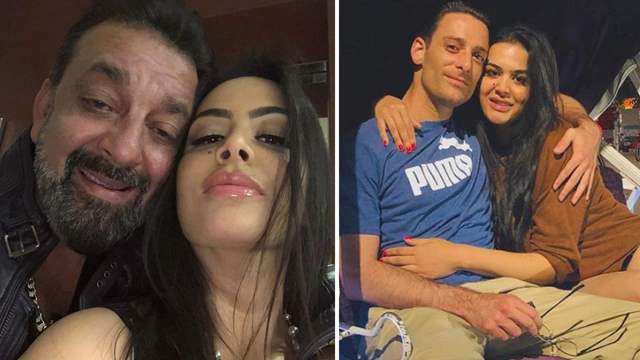 Sanjay Dutt’s daughter Trishala Dutt lost her Italian boyfriend on July 2, 2019. She, at several instances, had taken to social media to talk about her heartbreaking loss and how she grieved over her late boyfriend’s death for a year.

Trishala, who is working as a psychotherapist in New York, hosted an ‘Ask me anything’ session on Instagram wherein she answered a bunch of questions from her followers.

One such follower asked Trishala about how her boyfriend died, to which she responded with a long note. "Sorry to ask this but why haven't you disclosed how your boyfriend passed away? What's his name," an Instagram user asked.

Trishala seemed to get miffed by the user’s question and 'apologised in advance' her her rather cold response.

"I appreciate your question. I do. Let's all be honest about basic human behavior and curiosity - Its natural to want to know how someone passed away. Even if it is 'none of your business,' right? The most inappropriate reaction is enquiring about the cause of death”, she wrote.

"I want you to ask yourself this question - What is the purpose of me doing/ asking this? Will knowing the answer allow me to help this person. Or is it just morbid curiosity? Grief 101 lesson- 'If you are not entitled to know the specifics of the passing, stop asking. Asking for those details does nothing for the conversation. It does not console the person, nor brings the person who passed away, back,'" she added in her note. 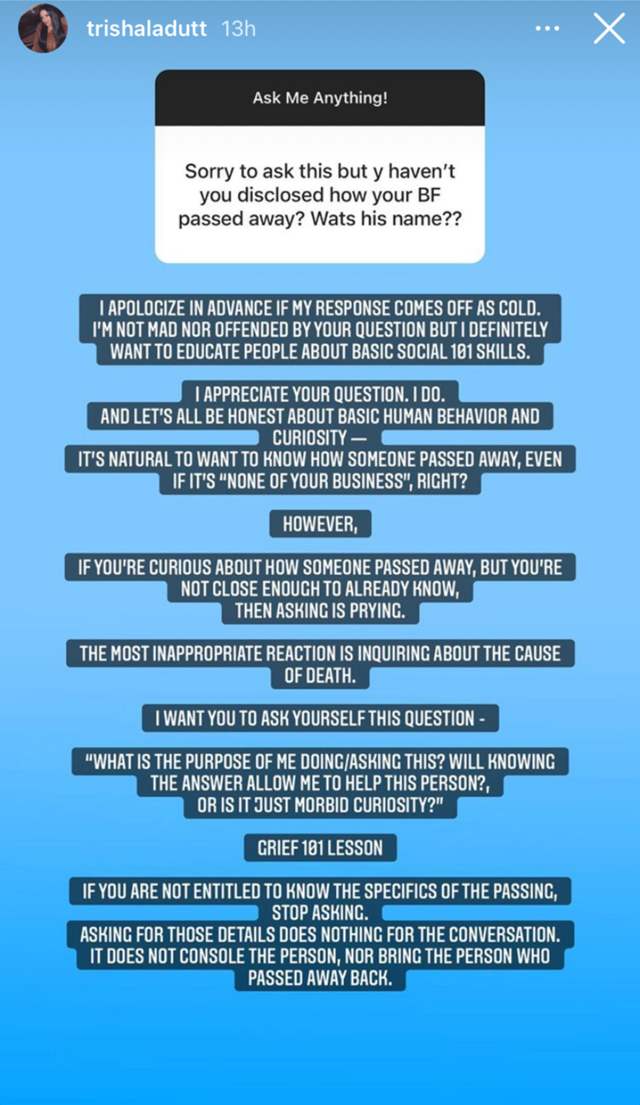 Trishala is Sanjay Dutt’s eldest daughter with his first wife Richa Sharma, who is no more. Richa was diagnosed with brain tumour and passed away in 1996.

Sanjay Dutt is now married to Maanayata Dutt and they have two kids, Shahraan and Iqra.