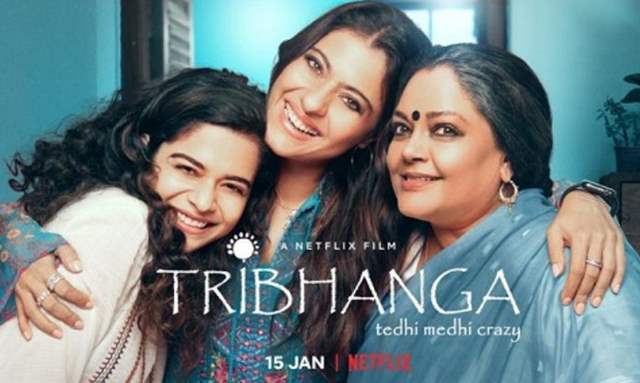 From the looks of the trailer, it was pretty much a huge thumbs up from me when I first saw Tribhanga. However, I knew that there are many layers to the film and it is only a matter of time that they will unearth. An hour and a half long film, Tribhanga features Tanvi Azmi, Kajol, Mithila Palkar, and Kunal Roy Kaur in pivotal roles. It also features an interesting supporting cast in the form of actors Manav Gohil, Vaibhav Tatwawaadi, Kanwaljeet Singh, among others.

The movie brings together three generations with its narrative, and each has a different point of view until they finally begin to understand each other. Tanvi as Nayanthara is an absolute strong woman, with even more strong ideas and a beautifully written character to display what we now call breaking the glass ceiling. Be it her choosing her career and inner peace over the societal concerns or for that matter, even renting her daughter Anu (Kajol) a flat where she can live with her foreign boyfriend, she does go beyond. 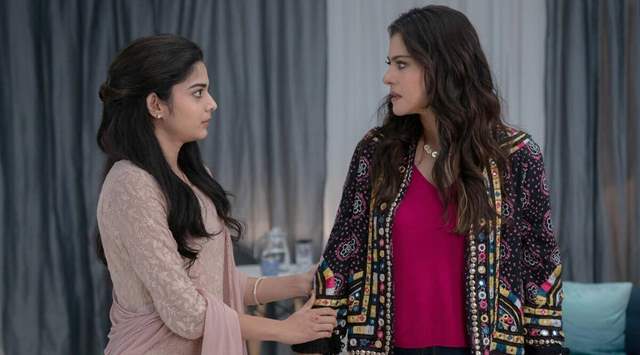 None the less, if you think that it is those things that make Tribhanga an interesting watch, you are mistaken. Though so subtly, we are shown an array of issues that women go through as a single parent, as daughters, and in every other role. The film has touched upon issues including domestic violence, sexual harassment, and the many other things that a woman is expected to understand, but shouldn't, and doesn't need to. The movie also touched upon the issue of patriarchy through Nayanthara's character, even though just in passing.

The beauty of the film lies in the fact that nothing about it seems forced, even though there are so many things that are spoken about. At one point, for a brief second, one might feel that these ladies seem to face all the problems in the world, but isn't that what the lives of three females from three different generations are most likely to look like? 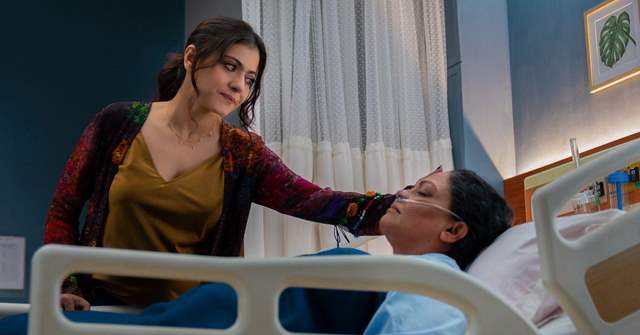 The story is written by Renuka Shahane and also marks her Hindi film directorial debut, and that alone is one of the highlights for me. Produced by Siddharth P Malhotra's Alchemy Films, every single element falls into place just fine. Azmi is an actress par excellence and there is no questioning that, and even with this movie, she is no different. Her narration is something that makes everything sound and looks better. Kajol is indeed the real show stealer for this one, as we see her take on a different avatar altogether, and that is quite the surprise package. Palkar does her job well, and Kunal, in the few scenes that he is a part of, does manage to win us over with his timing.

All in all, as the movie came to an end, I hoped for it to go on for a little longer, and so long as any movie manages to do that, it is quite the winner, isn't it?