We all know that Television is now no less a medium. With a reach from Hawaii to Hong Kong, Tokyo to Timbuktu, actors of the small screen have become household names across the globe. They have their reach in every living room, basking in the comfort of millions of followers and fans ranging all age groups. Let’s take this opportunity and see who among them are the TOP TEN Eligible, and most important, not yet HITCHED, Sizzling Hot Men!

We followed a "Certain Criteria" in choosing the Top Ten - like they should not be officially engaged, should be comparatively new to the industry and should have acted in, atleast, one show as a Lead .As they have arrived in the scene but managed to make their mark and could be the Super star of Tomorrow..
Sharad Malhotra : He started off his career as Second lead in a afternoon daily and from there, to be the one of the Heartthrobs of the nation, is no less achievement. He has everything, from charming personality to great acting skills. His supposed 'death' in the show Banoo Main Teri Dulhan, had created anger and furore amongst his fans all over, second only to the kind of reaction Mihir virani's death brought a few years ago in Kyunki. That speaks of his popularity and charisma. He truly is a force to reckon with in future! And the best part - he is an eligible bachelor!! 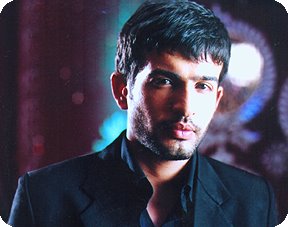 Jay Bhanushali :He is currently dancing his way to stardom in Jhalak Dikhla Ja, but has made his mark long before that, in Kayamath as Neev. He has a very enduring smile which leaves you spell bound and mesmerised. The innocence on his face is his strength and girls' weakness! A perfect boy, a dream of every girl; we wish him all the best and hope that this year ends on high note for him with the Trophy of Jhalak Dikhla ja on his side..apart from all the female celebrities he danced with in the show!!! 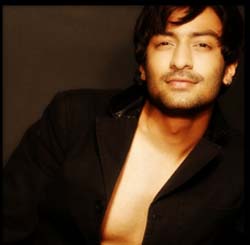 Jatin Shah : He could be termed the Chocolaty boy of Television right now. His sweet, cute and adorable looks makes girls go weak on their knees. His silence is as deadly as his words and his acting is as good as his personality. He has made his mark even in minuscule roles in various Balaji soaps, such as Kasauti Zindagi Kay, Kahaani Ghar Ghar Kii. But with Raunak in Kasturi he got his due and now has become eye candy for many girls all over! His recent success as Raunak was also recognised by the Kahaani team, as from playing second fiddle; a grey character of Adi in the show, he now is playing the new boy in Methali’s life. Another actor whose future is as bright as a North Star! 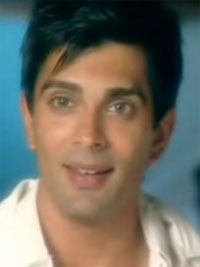 Karan Singh Grover : Did numerology help him? By changing your surname can you change your fortune as well?? Well oh well, in his case all this contemplations are proving to be true! As soon as he added 'Grover' to his surname, he hit the jackpot with Dil mill Gayye and now he is the latest “Armaan” of millions of girls! From playing a hardcore negative guy in Kasauti, to this role is no less an achievement. In a short span of time, he has erased the memory of being a rapist, a guy who never had any respect for women. He truly deserves to be in our Top Ten, and a tag of one of the most Eligible Bachelor! 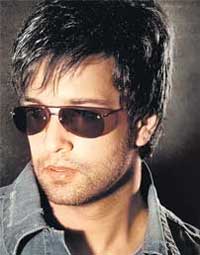 Aamir Ali : He's shy, cute and has been compared to the likes of Salman Khan & Sylvester Stallone! He first got noticed in a small role in Kahaani Ghar Ghar Ki, from where he went onto play the perfect son & perfect pati in Woh Rehne Wali Mehlon Ki and then there was no looking back. He has fans range from tiny tots to teenagers and their mummies too! Currently riding the high-wave on Nach Baliye 3 along with his partner Sanjeeda, Aamir has proved he has it in him to do it all! 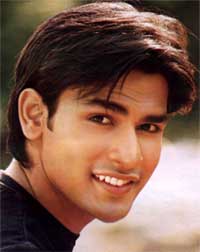 Naman Shaw : The very look is genuine and generous, and that is his strength and his USP. A goody good boy, not Jade Goody types, but a person who has calm and patience written on his face. When Pia in Kasamh se ditched him for Jay Walia, he had many girls waiting for him outside his house in real life. What looks can do is a great example in his case, as no matter how hard he tries but he looks more of Pushkar than of Nakul. Another actor who has loads of talent, but just waiting for the right time and right role. Then we all will say, here comes Mr.Naman Shaw with drop dead good looks and a humble and soothing personality. 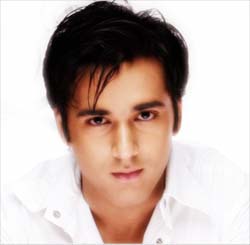 Pulkit Samrat : Another Balaji discovery who was made with his introductory scene itself - "woh hai albela madd nainon wala..jiski deewani brij ki har baala..woh Kisna hai”, and rest is history! A scene which was inspired from the introductory scene of Raj in DDLJ, has done wonders for him as well. He won all the popular awards, Face of the Year titles in all the awards shows last year. His acting skills are yet to be seen, as in, in Kyunki actors usually get to act and perform once in a year, thanks to its huge starcast. We are patiently waiting for his arrival on our small screen all over again as Kisna!

Karan Patel : His dancing skills are under scrutiny these days in Nach Baliye 3 and he is making sure not to leave any stone unturned to perform and to showcase his talent. He carried forward the legacy of Prem's Friend Karan of Kasauti in and as Robbie of Kasturi, and did justice to the role, that of a Rock Star! The stubble, unkept and bling boy image did wonders for him. Lets see whether he can be a perfect and doting husband to Kasturi as well or not, or is this just another twist of story, which only time can tell! Wishing him all the luck and making to our Top 10.

Gaurav Khanna : A case of mistaken identity landed him a modelling assignment and he left a high-profile career in Marketing to pursue a career in the glamour industry. What followed were a few small roles in shows like Siddhanth and Bhabhi, but his big break came with the serial Kumkum-Ek Pyara Sa Bandhan where he played the naughty, and very lovable Sharman Wadhwa. His exuberant and charming personality wowed the audiences and made him a favourite amongst people of all age groups. Currently playing the lead role of the dashing & suave, Ruhaan Oberoi in Meri Doli Tere Angana, Gaurav will soon be seen in Santaan. Versatile acting abilities, unconventional good looks, a killer smile that melts the hearts of his fans and the 'single ready to mingle' tag makes Gaurav eligible for a position in the Top 10! 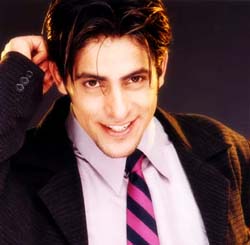 Vikas Manaktala : This Cadet of KMA has floored girls and casted magic spell on them as..we hear Huda.. huda everywhere! He lived his character the very flirtatious and a guy who lives life on his own term. He has it all to make it in our Countdown of Top Ten Bachelors! He has nice carved out body which can make guys envy and girls swoon over him. We wish him all the Luck for his future endeavours!


Hope you all liked the ride through the HOT Lane ..Keep Glued to Tellybuzz there is more to come and more to Drool!!

11 years ago Love u sooo much Gaurav...ur the bestest...ur still the most eligible bachelor in the world...

+ 4
11 years ago I Love You Pulkit!! You are damn hot looking bachelor!

12 years ago It's weird, I never came across this one before. But anyway Karan Singh Grover I love you.