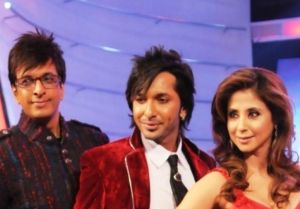 We hear that the bottom three performers of this week were Rangeelay Remix, DManiaX and AM Unit. Our of these three groups, only two would go ahead to the semifinal stage.

Our source states, "AM Unit were declared to be safe while DManiaX were eliminated after they got least number of votes from the judges. With this elimination, the show got its 6 semifinalists in Harinath Reddy, Fabulous Fatakas, Rock On, Rohan and Group, AM Unit and Rangeelay Remix".

Saturday's episode will see the semi-finalists performing to grab the four spots in the Finale. The theme given was 'Imagination'. Rangeelay Remix gave a refreshing performance of being underwater and dancing. The judges were very much impressed by their act. This was followed by a unique performance coming from Rock On on the imagination and talent of specially enabled kids. Rohan and Group performed on dreaming about old movies and melodies while AM Unit's performance on creatures coming to life and exploring the world was indeed special".

Talking about the Final four, our source said, "Harinath Reddy and Group, AM Unit, Rohan and Group and Rock On were declared as the four finalists of Chak Dhoom Dhoom Team Challenge. Rock On was awarded the trophy for their innovative and creative performance".

We hope the best team wins the coveted crown now...

9 years ago Awesome! Can't wait! The creativity and talent on this show is something else!