View Profile
If asked what are important aspects for a movie to be hit then the answer is its storyline, songs, star cast etc. However, if we notice carefully recently even one more aspect has catched up popularity and that is the ‘title’ of the movie. 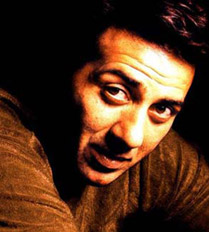 Featured Video
Like the title, ‘Singh is Kinng’ gained a lot of popularity among the masses.
Many filmmakers noticed this popularity and are now looking for catchy titles. Same thing had caught up actor Sunny Deol when he thought of directing a movie.
After searching for a long time his search for a catchy movie, title has ended. The actor has titled his movie ‘I am a Jat’ and is now working on the script with a group of writers. He will also play the title role in the movie. Work on this movie will begin in mid of 2009.
Currently, he is busy with ‘The Man’ that he is co-directing with Neeraj Pathak.