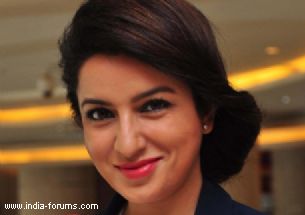 Actress Tisca Chopra, who was recently seen in the television show "24", has started working on her next film "Kaksparsh", a remake of Marathi film by the same name.

The film will be remade in Hindi as well as Tamil.

The actress took to Twitter to announce her plans.

"Off to shoot for Hindi/Tamil remake of 'Kaksparsh' with Arvind Swami, directed by Mahesh Manjrekar," Tisca posted on the micro-blogging site.