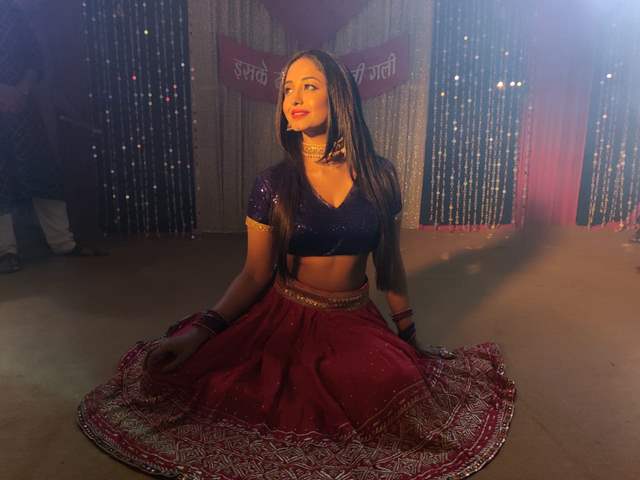 When it comes to daily soaps, very few actors get the opportunity to display their versatility. Lucky are those who are given a chance to showcase their talent truly by playing myriad characters and actress Tina Philip of Aye Mere Humsafar on Dangal TV is definitely one of such actors.

The plot of Aye Mere Humsafar recently witnessed the death of Vidhi’s character portrayed by Tina Philip will now see the actress in a completely new avatar of Komal Kali who is a bar dancer. The new character has been introduced in the show to bring Ved (played by Namish Taneja) back to life who is traumatized by his wife Vidhi’s death.

Poles apart from Vidhi in nature, Komal Kali will bring in a fun element to the show with her bubbly and bold look.

On essaying a totally diverse character of Komal Kali, Tina Philip says, “After my character, Vidhi Sharma’s death in the show, I will now be essaying the role of bar dancer ‘Komal Kali’. My character will enter Ved’s life as Vidhi, to bring him back to life after being traumatized by her death. I am looking forward to this character as it will create lots of drama and add a fun element to the story. I am super excited for my new avatar and hope you all will bless me with the same amount of love that I have received as Vidhi.”

Tina Philip on Christmas 2020: There is always light at the end of the ...

2 months ago I don’t follow this show but happened to watch the promo & Tina Ann Philip looks damn gorgeous and hot.