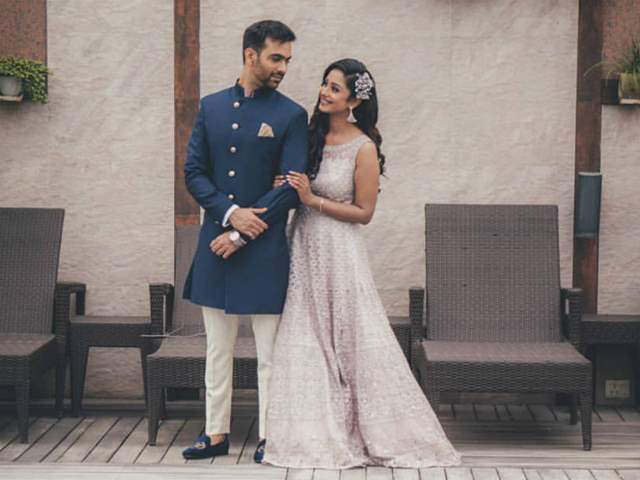 Tina Philip got engaged to Nikhil Sharma in August 2019 and the two were supposed to get married in April 2020. However, the pandemic lead to a delay in the wedding and there is still time for it to happen. However, the two decided to move in together in Mumbai and Tina recently spoke about it to The Times of India.

About the decision, she revealed that they have been living together for over a year and while her parents weren't okay with the idea, in the beginning, they gradually understood and she is more than happy about it. She revealed how it has strengthened their bond and not just with him but also with his family. While she revealed that they do get into an argument often, she then tells him how his family is better than him in a rather joking manner. She recalled his parents visiting the two and how his mother is very supportive and not the typical kind we see in daily soaps.

As for her wedding date, she revealed that there is no confirmation just yet and since her parents in the UK, they cannot decide anything now. She added that her father has received the first dose of the vaccine, but nothing can be decided until the lockdown is lifted.

Currently, Tina is seen in Aye Mere Humsafar while Nikhil, is working on a web series. The two first met each other on the sets of Ek Aastha Aisi Bhee.