View Profile
'Saawariya', which loosely translates as 'the beloved', is a typical Sanjay Bhansali-cum-Bollywood movie. It has the usual masala and song and dance sequences that

Featured Video
differentiate it from films of the rest of the world. However, there is a difference here – the movie is produced by Sony Pictures Entertainment, which also produces Hollywood films. This is the first time that the American studio has taken up an Indian venture.

According to trade analyst, Komal Nahata, "I think they have realized that India is a huge market. First they got their films here in English, then they dubbed them in languages like Hindi, Tamil, Telugu, and this was a natural progression." He adds that it makes commercial sense to partner Bollywood production houses and make Hindi films now.

Following the footsteps of Sony Pictures Entertainment, Warner Brothers has announced its plans for the first Indian production, an action comedy. Walt Disney is making animated movies with an Indian studio, and Paramount Pictures is planning a Bollywood production.

Nahata also adds that these collaborations are going to be the order of the day now, since "Hollywood studios have deep studios." 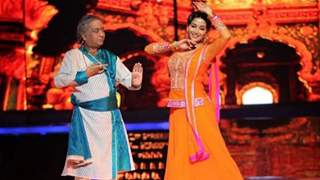