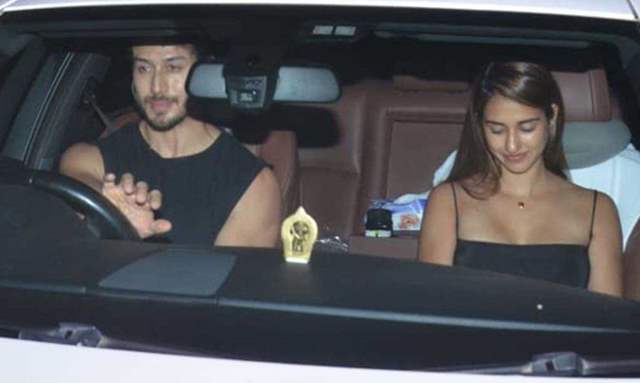 As reported earlier, Bollywood actors Tiger Shroff and Disha Patani landed in trouble on Tuesday (June 1, 2021) as they were pulled over by Mumbai Police when they were enjoying a car drive in Bandra.

A case has been registered against the actor on Wednesday for allegedly violating the pandemic rules by roaming at a public place without any valid reason, a Mumbai Police official said.

Tiger Shroff - accompanied by his rumoured girlfriend Disha Patani - was found roaming near the Bandra bandstand in the evening, hours after the 2 pm deadline on restrictions on the movement of people outside their homes without a valid reason.

"A police team spotted Shroff roaming in the Bandstand area in the evening. When questioned, he couldn't give a satisfactory reply to why he was roaming outside. Police took down his details and registered a case under section 188 (Disobeying the order of public servant) of the IPC," the official said in a report on PTI.

However, no arrest was made since it is a bailable offence, he said.

Meanwhile, shortly after reports of Tiger and Disha being booked by cops made it to the headlines - without really naming the actors - the official handle of the Mumbai Police put their creative spin and listed the actors’ films instead.

“In  the ongoing  ‘War’ against the virus, going ‘Malang’ on the streets of Bandra cost dearly to two actors who have been booked under sections 188, 34 IPC by Bandra PStn . We request all Mumbaikars to avoid unnecessary ‘Heropanti’ which can compromise on safety against #COVID19”, read the latest tweet posted by Mumbai Police.