New Delhi, July 10 (IANS) Watching movies at the 10th Osian's-Cinefan Festival of Asian and Arab Cinema, offering almost 200 movies as part of its 10th anniversary celebrations, has become a costlier affair for audiences this year -- and left many fuming.

The festival that started Thursday has introduced the delegate pass which costs Rs.50 - and then one is required to pay Rs.30 for every movie one wants to see.

Quite naturally, movie buffs are complaining about the entire exercise of acquiring a delegate pass and tickets. They rue the fact that they have to stand in long queues to fill up the registration form and then again stand in line to buy tickets.

'Firstly, standing in a line and getting the registration form is a big pain. Secondly, getting tickets for each show is also very tiring. The organisers should introduce an option, say for example a Rs.100 card or something like that so audiences don't have to roam around for tickets all the time,' Aakriti Mandhwani, a film buff, told IANS.

Prajita Patil, a regular at the festival, said: 'I don't like the new concept as I was able to watch more movies earlier, but this year I can't because of the increase in ticket prices.'

On being asked whether the festival was getting commercialized, Indu Shrikent, joint festival director, Osian's-Cinefan, said: 'It is definitely not getting commercialised and people should not complain about standing in queues for registration as it is on the government's directive that we have done this.

'Also, people should also not complain about the tickets prices being increased. If they can go on weekends and spend Rs.200 for a movie (at a multiplex), Rs.30 is quiet a small price to pay. Besides, it takes a lot of effort on our part to pick up these prints especially for the audience,' Shrikent added.

Sudhir Tandon, senior vice president, Osian's Connoisseurs of Art, reasoned out the hike by saying that it is mostly a result of rising inflation.

'Last year, our revenue from ticket sales was just three percent of the total expenditure. This year, we are expecting it to be two percent of the expenses despite the hike in ticket prices.

'We have also spent a lot on the infrastructure this time, the prize money has increased and our ticketing procedure has become computerised. So, I think the hike is justified,' he added.

There are some who see the hike as a mark of improvement. Students Pooja Sen and Srishti Lakhera did not feel the pinch at all.

'If the quality of the movie is good, I don't mind paying extra money,' said Pooja.

Srishti added: 'I have been coming to the festival for the last three years. In my first year here, I felt it was totally disorganised. But this year it is better.' 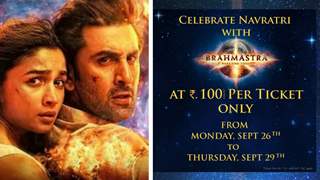 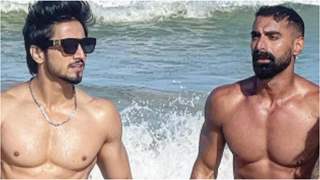