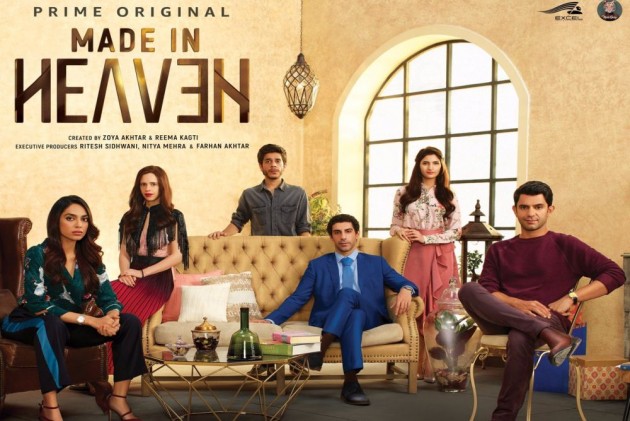 And we are talking about recently launched web series Made in Heaven. It started streaming on Amazon Prime Video on March 8, Friday and piracy website Tamilrockers leaked it online on early Friday itself.
If you don't know, Tamilrockers is a threat to all the filmmakers. Be it Hindi, Tamil, English or Telugu, they target recently released content and leak it on their website. From, 2.0 to Badla and Captain Marvel- they leaked all the movies within a few hours of release and now Made In Heaven is the latest one to join the bandwagon. It seems that after movies they have started leaking web series also.
They have been repeatedly warned by law enforcement agencies, courts including Madras High Court but they have been working without any fear.
Made In Heaven starring Shobhita Dhulipala, Arjun Mathur, Jim Sarbh, Kalki Koechlin, Shashank Arora, Shivani Raghuvanshi and others in pivotal roles became the talk of the town since it went online.
Our reviewer gave 4 stars to the show and wrote, "Made In Heaven is another feather to Zoya Akhtar's illustrious cap but equal credit goes to the other two women, Reema Kagti and Alankrita Srivastava who manage to pen some of the most layered and intriguing characters in recent times."

people could have considered if directors/producers have presented her as a normal actress despite of her background..but they still represent as a po**star.. too much nudity... and it's not about sunny's movies 90% of Bollywood movies are like that only..unnecessary item songs..vulgar comedy.. now u can't really find good Bollywood movies which u can watch..forget about watching those with family..