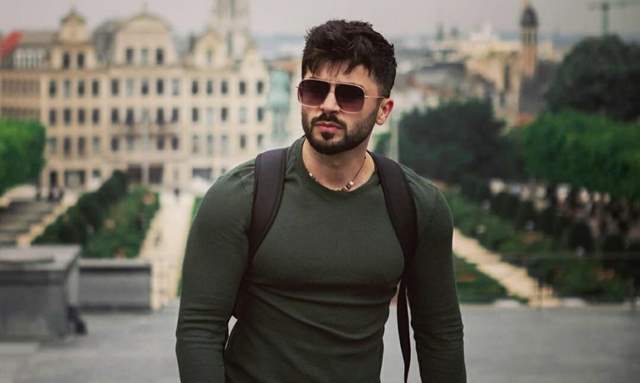 Qais Khan who recently debuted in the Bollywood movie Bell Bottom is an actor known for Tehran (2020), Nur (2016), and many others. Throughout his life, he lived in many countries in both Asia and Europe, and eventually settled with his family in Brussels, Belgium in 2010. "I am originally from Kabul, Afghanistan but after the Taliban's rise to power we moved away and eventually settled down in Belgium where I was raised and even completed my education, after which I started film and theatre school in Belgium, I love traveling and exploring", he said.

"I did theatre from a very young age, learning different acting techniques like Miesner and Stanislavski method and have also been a part of numerous stage Productions, Alex Murphy, an American actor/director was my role model and teacher with whom I made my stage debut when I was 20, after which I also started writing courses and eventually did screenplay writing, etc," Qais added.

Qais says he has just begun, and there is a lot more life has to offer yet, Qais debuted in Bell Bottom alongside actor Akshay Kumar this year he played the role of Kazini, a government official in the film. "I have had the honor of meeting Akshay sir twice now, he is extremely humble and encouraging", he added.

Qais is fluent in 7 languages because of his love for traveling, on asking about his future Bollywood plans he replied, "I am completely in awe of Bollywood Movies and can't wait to find another opportunity, I live internationally and dude to travel restrictions it has been difficult to visit Mumbai, but I am planning to come to Mumbai by the end of the year to enjoy the beautiful land and also will give a few auditions and meet a few people while I'm there."