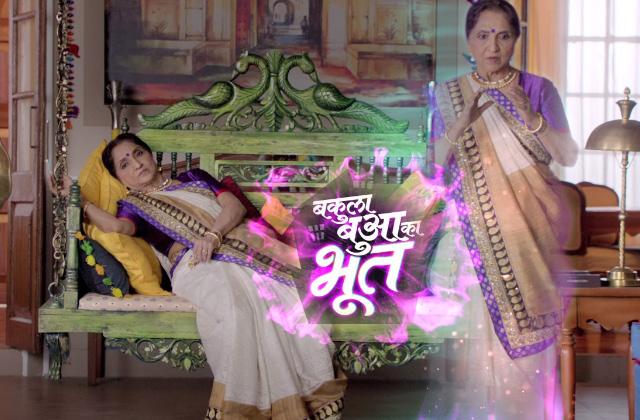 Shifting focus from the regular 'saas-bahu' sagas on the small screen, a new show titled "Bakula Bua Ka Bhoot" will tell the story of a dysfunctional family and a ghost. Producer J.D. Majethia says it will run high on emotions, drama and humour.

The launch of the quirky comedy show started with a short skit giving an insight to what the show is all about.

The cast which features actors Sarita Joshi, Amit Verma and Apara Mehta among many others, gathered for a prayer meet for the character "Bakula bua" and were dressed in all-white ensembles.

The skit showed that the entire family of Bakula bua (who was an outspoken and a rude person) is now celebrating her death, while she is seeing them enjoying and plans a homecoming in her ghost avatar.

"The title Bakula Bua Ka Bhoot says a lot. Bakula bua will become a ghost...what happens and how she corrects the life of the family members after she has passed away forms the rest of the story. The show will be high on emotions, drama, humour and there is a lovely mythology comedy backdrop to the whole show which has not happened yet," says the producer J.D. Majethia.

Majethia added that the & TV show which will air from June 24 is a complete entertainment package for a family. According to writer, director and co-producer of the show, Aatish Kapadia, the show is character driven.

"The USP of the show is it's tongue-in-cheek and sweet-and-sour humour that is going to come out through people's tragedy...that's how we are trying to reinvent humour. The flavour will definitely be the emotions," said Kapadia.

Talking about all the actors in the show, Majethia added, "What we do is we look at an actor's strength and their look before casting... that's how we cast. They have to look and perform according to the character. So we don't go for those who don't fit the character."

Actress Apara Mehta, who is fondly remembered as Savita from the popular show "Kyunki Saas Bhi Kabhi Bahu Thi", will be seen playing the role of Rekha Bhabhi in the show.

Talking about the show, Apara said, "Rekha is unlike any character I have portrayed till date. The show is not just a comedy, but a lot of real things are happening too. Each and everyone of us have a shortcoming and some goodness which has come out in the wrong way. So everyone will identify somewhere."

Veteran TV and Gujarati theater actress, Sarita Joshi will be seen playing the title role of Bakula bua in the show.

She says playing a ghost was a learning yet a challenging experience.