Anoop Soni is a happy man! His role in Sony's Virrudh, that started off as a cameo, has been extended to a full-fledged role. A positive yet tough cop who, due to circumstances, turns into a ruthless & negative character. We spoke to Anoop Soni to find out more.. 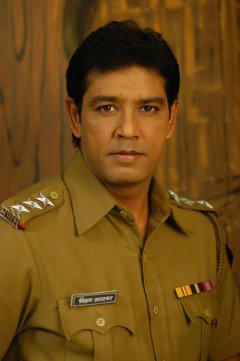 Featured Video
Tell us something about the new twists in the serial? "My character started as a cameo, then got really interesting, and today, I play a major part in the story track. There is going to be lots of drama, wherein Vikram is very much hurt with Vedika's attitude. He now realizes that Vedika never loved him; she wanted to get him the same status in society, so that she could have her self-esteem high. Now, Vikram does not care for anybody, he wants to take revenge on Vedika. He has now proposed to Vasudha and aims to marry her, so that he could hurt and humiliate Vedika by marrying her sister."

So how is it to get a character makeover, from a honest police officer to a corrupt one? "As an actor, I am really enjoying this change. Vikram has now changed into a corrupt and heartless person; he very well understands that Shreya is innocent, but his priority now, is to give it back to Vedika." Will Vasudha and Vikram get married? "I have no idea as of now; Vikram has proposed Vasudha and has given her time to decide." Now how will Sushant accept this decision? "Sushant is a person who is very sure about his love and somewhere down the line, he will realize that Vasudha must be having a strong reason in taking this decision."

After Thathasthu, what is in store for you in Bollywood? "I have recently signed for a film 'Striker'. It is a Chandan Arora film, who made movies like Main Madhuri Dixit Banna Chahti Hoon and Main Meri Patni Aur Woh. Siddharth of Rang De Basanti plays the main lead, and I play his brother. Mine is a positive character, and a very emotional one", says Anoop as he signs off.

+ 2
14 years ago He is an excellent actor, good luck with his coming up movie!

14 years ago so we wont be seeing him in KGGK for awhile them... sigh nevermind

14 years ago Thanks alot 4 article
few says bk i have seen some epi when their father was mudered...so I was thing Vasudha will marry/or love Vikram but it was upside down,I hope that they get marry soon....n some hu vasu will change him in future or he will satared to love her...

+ 2
14 years ago if he is marrying vasudha.. then what about sushant.. is he gonna propose to vedika ???

14 years ago Hmm... Yes he is still in KGGK, but has disappeared for a while because of the serial's present track.. May come in later... As for his role.... he is doing splendid job in both the shows... All the best to him and his future....