Suvarna Jha, the kohl laden doe eyed actress has been creating a wave of late with her character of Trupti in Kyunki Saas Bhi Kabhi Bahu Thi. Playing a negative character to the ‘T’, Tripti has now managed to acquire all the property and investments of the Viranis, and is now leaving no stone unturned to hurt the ego and sentiments of the family. 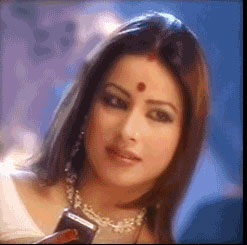 Featured Video
We talked to Suvarna to get some insight on Tripti’s cunning plans and this is what she had to say, “There is going to be some high-voltage drama, where Tripti tries her level best to belittle everyone in the family. The rest, I will leave it as suspense, it will unfold as and when you see it. The twists are going to be really dramatic and interesting.” All in the family now want to kill Tripti, so is that in store? Will Tripti be dead? “Well, all are frustrated, they will surely vent out. But I do not know how the storyline for the future will go”, says Suvarna. Left to you, will you quit the show? “Why will I quit? I love the show; I am having a blast here. I will never want to leave. After all, this serial is the mother of all Television Shows.”

Do you plan to do any other show? “I will make a re entry in Kasamh Se, in the coming months. Other than that, let us see, whether Ekta ropes me in any of her new ventures.”, says the actor as she signs off. 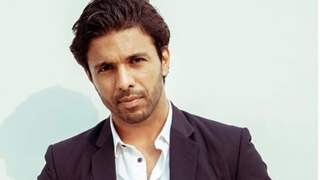 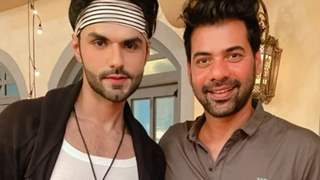 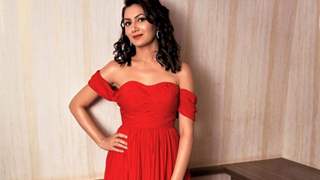 aftab(asi) 14 years ago katrina kaif is too good and salman and katrina make a good pair. And now salman have to marry her because i said so.

14 years ago OMG those kids are so cute. Katrina is so beutiful i love her

14 years ago thanks for article, kyunki is getting interesting

+ 2
14 years ago LOLZ I hate tripti I hope she exits the show soon...I know suvarna isn't anything like tripti but her character is disgusting and nast I don't like villains that are too bold.her presence is the only reason I don't like kyunki. no offence to suvarna

+ 3
14 years ago lol, even though i hate trpti she makes the best tripti