Over the last 21 years, India's leading global entertainment conglomerate, Zee Entertainment Enterprises Ltd (ZEEL), has been interacting with diverse cultures and communities across the world. In the 21st year of its existence, Zee TV brings to you the essence of Vasudhaiva Kutumbakam through its annual event Zee Rishtey Awards 2013, which celebrates relationships that Zee has built over the years.

This festivity is a celebration of relationships and underlines the fact that Zee's bond with their viewers is the strongest... akhir rishtey banana humse behtar kaun jaanta hai...'

The mega event that was held in Mumbai on 16th Nov will be televised on Sunday, 1st December from 8pm onwards on Zee TV. Acknowledging the commitment and co-operation of all stakeholders of Zee TV, Mr. Bharat Ranga, CCCO of ZEEL said, "We welcome and congratulate everybody who has been associated with the Zee family in all capacities at this gala celebration.

I thank all the audiences for their continued love and support as we complete 21 years of entertaining Indians and South Asians worldwide. This year, we have tried to showcase the brand philosophy of our network, Vasudhaiva Kutumbakam, through Zee Rishtey Awards. At ZEE, we've embraced this 2000-year-old maxim as a belief. It shapes our values. It guides our actions. Zee has had a glorious 21 year old relationship with its viewers. This is a platform that recognizes the invaluable contribution of the artistes that has driven the channel from success to success. In this year's Zee Rishtey Awards, we have tried to encapsulate the essence of this thought through some spectacular acts and have tried to connect with Zee audiences residing all across the globe." 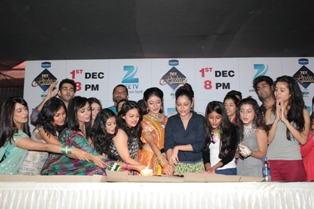 Having completed 21 glorious years, Zee commemorated the unique bond that it shares with its viewers in a special way. Earlier in the month, Zee TV's popular actors - Rithvik Dhanjani- Asha Negi, Arhaan Behll - Mansi Shrivastav, Ankit Gera- Roopal Tyagi, Manav Gohil - Ulka Gupta - went to various cities to meet the viewer's personally across the country to show their gratitude. The actors met fans in cities including Mumbai, Jaipur, Lucknow and Ahmedabad to announce Zee Rishtey Awards 2013 and thanked them for all their love and support.

An interesting on-ground activity was also lined up by the channel whereby initiatives were undertaken in 40 cities within a span of 10 days to announce the ZRA 2013 nominations and make vote appeals to the viewers for their favorite jodi's, actors, actresses, shows etc... The activity was conducted in regions including Mumbai, rest of Maharashtra, Delhi, Punjab, Gujarat and Uttar Pradesh. The votes were collected either through physical forms or through the online media and the results were declared at the on-ground event held on 16th November.

In the show, the theme of Vasudhaiva Kutumbakam was brought out beautifully through some spectacular acts. The opening act had characters from popular Zee TV shows emerge out of stunning caricatures of a bird, a hoarding, lotus petals, pyro turn table and mahogany wings. Bringing alive the beautiful expression of love was the popular Jodha Akbar Jodi. Rajat Tokas as Akbar made a king size entry on an elephant and a cavalry and romanced Jodha (Paridhi Sharma) on stage. Zee Ki Heroines- Ankita Lokhande, Neha Marda and Mahima Makwana walked straight into the hearts of the viewers through a dazzling all girls act. Similarly, Zee ke Heroes- Ejas Khan, Karan V Grover and Chetan Hansraj impersonated the Boss (Akshay Kumar), Besharam (Ranbir Kapoor) and Thalaiva (Rajinikanth) on stage. 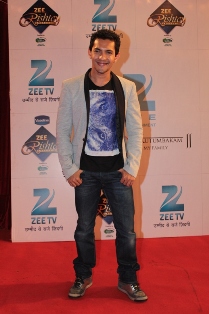 The evening was hosted by Zee TV's favorite anchors, Jay Bhanushali and Rithvik Dhanjani. The viewers were also treated to a laugh riot through some amazing gags performed by Sunil Grover, Deven Bhojani, Satyajeet Padhye and Paresh. It was a memorable evening when the entire constellation of Zee TV's most popular stars descended on a single platform and set the stage ablaze with their breathtaking performances.

All roads led to Hotel J W Marriott post the event where Zee TV hosted a gala party for all its esteemed guests.  An eclectic crowd compromising of actors, directors, producers, celebrities and members of the media and other dignitaries were treated to a fantastic champagne reception, followed by dinner and wine.

featherheart 6 years ago rajat tokas rules...
he is perfect
the true winner

simmi.friends03 6 years ago All the best to Raghu aka Arhaan Behl...DDBEDS Rocks...