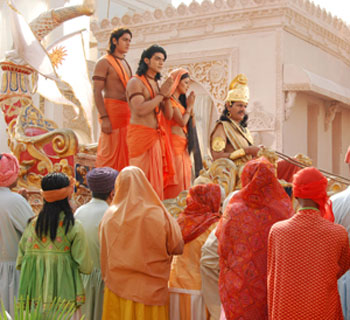 April 7th marks the beginning of an epic journey that is a significant and poignant chapter in the Ramayan. Lord Ram’s fourteen year Vanvaas begins on Ramayan on NDTV Imagine and is retold in a fresh and compelling manner, capturing the emotions and turmoil of each character. Catch the special episodes starting Monday, April 7th and Tuesday, April 8th on Ramayan only on NDTV Imagine.

The fourteen year exile of Lord Ram from the Kingdom of Ayodhya is filled with a variety of significant incidents and situations. Each incident is a part of Lord Ram’s destiny, allowing him to fulfill his promise of freeing the world of evil forces. The Vanvaas is preordained by Maha Vishnu to create a situation for his human avtaar, Lord Ram to move out of the palace and wander in the jungles to slay the numerous demons and demonesses who lived there.

On the instigation of her maid Manthara, Queen Kaikeyi puts forth a demand to Raja Dashrath that Ram should be sent to the forests to spend fourteen years in exile. Manthara, who has always desired that Bharat should ascend the throne of Ayodhya, incites Kaikeyi that her son Bharat will be deprived of becoming the King of Ayodhya as Ram is Raja Dashrath's favorite son. King Dashrath is forced to honour a commitment he had made to Kaikeyi many years ago when she had saved his life in a war.

Raja Dashrath sorrowfully asks his beloved son Lord Ram to go on a Vanvaas of fourteen years. The loyal and obedient son agrees to leave the comfort of the palace for a long stay in the jungles. His brother Lakshman and his new bride Sita adamantly plead to be with him and he lets them accompany him. He bears no grudge against Kaikeyi who has loved him more than his mother.

Every step of Lord Ram’s journey during his Vanvaas has a momentous impact. Lord Vishnu’s purpose of coming to Earth as Ram is fulfilled at the end of his Vanvaas when he kills Ravan, the demon king of Lanka.
Featured Video 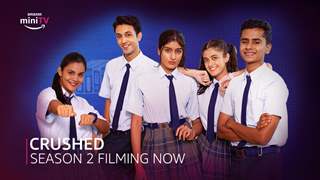 + 2
14 years ago I would love to watch this unfortunately no time to do so. Last summer I watched the whole of the old series - loved it.

+ 4
14 years ago totaly agree with u samira tht the makers shud show the exile stories in an enjoyable manner accor to valmiki ramayan !!

+ 4
14 years ago I AM crying buckets to imagine the scenes when ram wud be going to exile with his dear wify sita & laxman.

14 years ago yes i can hardly wait..it's going to be both sad and exciting.i hope they show the vanvaas stories in a detailed and enjoyable manner.