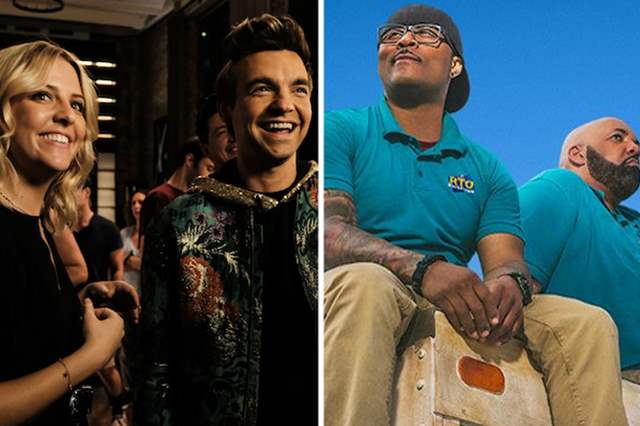 Two of Comedy Central's most acclaimed series, The Other Two and South Side are now moving to HBO Max. The two shows, produced by Comedy Central Productions, will become HBO Max originals with their second seasons, as Comedy Central parent ViacomCBS shifts its focus from live action scripted series to adult animation — including revivals of Ren & Stimpy and Beavis and Butt-head — and topical shows. As part of the deal, HBO Max will also become the exclusive streaming home for Awkwafina Is Nora From Queens — though that show will still have its first run on Comedy Central.

"These ground-breaking and hilarious programs are cultural touchstones and we are excited about the diverse group of comedic voices they will bring to HBO Max. We know our audiences will want to watch again and again," said Michael Quigley, executive VP content acquisitions at WarnerMedia. "We are strategically thinking of the fans first, and adding these exceptional series to our portfolio allows us to introduce these standout comedies to new viewers on HBO Max."

For Comedy Central Productions, the deal also helps forward a mandate to increase sales to outside buyers.

"Comedy Central Productions deal with HBO Max is emblematic of our studio production strategy to maximize the value of our content by selectively working with third parties while prioritizing franchise IP for our own platforms," said Keyes Hill-Edgar, COO of ViacomCBS Entertainment and Youth Brands. "As we shift our strategy and double down on adult animation, topical shows, and scripted movies, we are excited to supercharge our studio sales business and continue these great series with HBO Max."