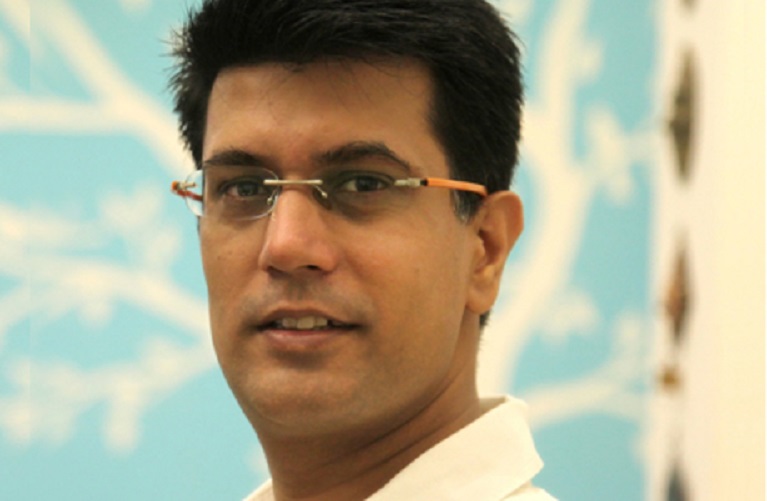 While Finite series on television have started grabbing the eyeballs, Star Plus has started experimenting to set a new trend by coming up with finite series based on industries. After Airlines, the channel has now successfully running Gulmohar Grand which is based on the hotel industry. The show has been produced by producer Sudhir Sharma (Sunshine Productions).

TellyBuzz spoke to producer Sudhir Sharma to know more about the idea behind Gulmohar Grand and the making of the show.

How did the idea of Gulmohar Grand originate?

The concept of the show was a collective idea from our team and the programming team of Star Plus. We have always wanted to do different kind of show and even the channel is aware of our different kind of programming. The channel was already in talks with producers for new projects. So, we thought of doing something on the people associated with the Hotel industry. Our writer Mitali Bhattacharya developed the whole concept and it was a good team work and we were also looking forward to work with Mitali. Everything worked well this way and we started working. Star Plus wanted a chain of weekend shows on different industries and backdrops which can't be experimented during the weekdays. It was a good platform for us to get more creative freedom with this than weekday programming.

What's your take on the current trend of finite series and how different is it from the daily soaps?

There are two different aspects that set it apart from the daily soaps - one is the creative part and the other one is the budget constraint and the ways how it's done operationally. Creatively, it's an interesting thing, as you are never bored whether as an actor while performing or as an audience who are getting a chance to watch fresh content on screen. Creatively, it's a new area where the Indian television is getting into and I am glad that Sunshine Productions is doing work in this area. We are happy and creatively satisfied doing it.

The second thing is that, we keep getting comparisons from the series that are made in abroad which I think is not fair for two reasons - one is that we think that if the show is made in English, then the market is worldwide hence the budget is huge and we can't beat that. This is one constraint that the amount of time, budget and the pre-production that is required to set up a weekly is much higher and we have less examples to follow. So, the innovations, risks and the operational tasks and challenges to be faced by the makers, doesn't make it easy to get into it. People are liking watching finite series but not many people have started watching as it's seen in terms of the numbers. Our show Paanch did extremely well in terms of business for the broadcasters in terms of getting advertisements and revenues and also did well in terms of numbers. Gulmohar Grand is also getting into that zone without getting into the budgets like English shows. We are still managing great production quality and great content. We are proud enough to say that we are touching that peak and we are hopeful that we will get numbers too.

What's your idea behind getting into finite series?

It's our third venture into finite series after Paanch - 5 wrongs make a right and Its Complicated on Channel V. Finite series is a different format, different genre and has a different designing which is not a habit of people in India. It's a challenge but I am glad that Star Plus is taking that initiative and risks and encouraging producers like us to invent new content.

What was the reason behind casting Aakanksha Singh as the lead for Gulmohar Grand?

Whenever we work with any actor, writer creative or any one from the production team, we become very close to each other and start understanding each other's creative requirement and we get mixed up well. After Na Bole Tum Na Maine Kuch Kaha Season 2 ended, Akanksha got a lot of offers and she used to consult it with me. I used to give an advice to her that you should not repeat what you did in Na Bole. You shouldn't play a Mom again on-screen because then you may get typecast. You should now prefer playing a younger role. I think it's completely Akanksha's strength and not being greedy to take up any kind of role. So, I give her the credit that she waited for so long to play a good role.

Akanksha has a great potential and she is one of the finest combination in the television industry right now - looking very simple yet presentable on screen having a depth in her acting. She was perfectly fit for this role and even the channel was very happy with the casting. It was a challenge for her erase the image of the previous roles she played on-screen from the viewers' mind. She worked hard on her styling part and we are very happy and satisfied with what she is doing as Annie.

What has been the biggest challenge for you while making Gulmohar Grand?

The operational part of the show was the biggest challenge for us. Operationally, it's not a daily format so you have make your entire team stand because when you work for a daily, you work 30 days in a month while here working days varies. It was a difficult period for the entire unit before the show went on-air. Everyone in the team supported us so well that time and especially Gaurav Chopra who used to encourage young actors on sets convincing them that how working for a weekly and a daily is different from each other and how they are different in their formats. I was happy to get so much of support from everyone. Operationally, it's a challenge to make a weekly show in today's time when you have to hold your team for six to eight months.

Tell us something about the research that has been done on this concept.

Before the show went on floors, I went and stayed in some of the top hotels of the country just to observe things around. The same research was done by Akanksha too. She too started observing the mannerism of the staffs and every single detail ever since the show was offered to her. Our writer Mitali has a great eye for detailing everything. We didn't have any reference in recent times to look upon. So, creating something on television which has never been done before was a beautiful challenge for us.

What are the aspects of the hotel industry that will be covered on Gulmohar Grand?

More than the business details of the industry, it's about the emotional journey of Anahita, Anirudh and Jaitely. Everyone have their back story that will be revealed in the upcoming episodes. Every character on the show has some story and the most important part on the show is their journey and their interpersonal relationships that are flourishing under a huge pressure kind of environment in a hotel. They have their own sets of challenges with different kinds of guests coming in with their unusual demands which sometimes make the situation funny and interesting at times.

Is there any issue that Gulmohar Grand will be showing in its upcoming episodes?

Our aim is not to make an issue based show; our aim is to entertain the viewers with some interesting moments. There is an episode where someone tries to commit suicide and one of the hotel staff makes him understand that why it's not a good option. It was a heartwarming and touching story. There are many such kinds of different stories along with the personal life journey stories of Annie, Anirudh and Jaitely.

Tell us something about the element of romance on the show?

The show is full of romance. There is a different kind of love story of Teeshay and Tina which is very different from any other romantic stories seen on television as its very real. There are many love stories to unfold on the show.

What are the other projects you are working upon?

We coming up with a totally different series on Life Ok and we are very excited about it. It will go on the floors in couple of months. We have a big challenge in making of the show because its first of its kind in terms of the genres. We are also working on another concept for Channel V which will be a different series from others series on the Channel. We are also coming up with shows on Disney and Bindass that will be a finite series.

+ 3
5 years ago Way to go Aakanksha Singh ...loved you in Na bole & love you as Annie in GMG the show is very great... all actors are playing their character very well

5 years ago This show is very great... all actors are playing their character very well... All the best...

+ 3
5 years ago Well personally I love this show a lot. I like that Aakanksha Singh tried something new and different.

And I am happy to know that I'm not imagining the Tina-Teeshay cuteness, too.
I really really wanna see Annie and Neil though!!

+ 2
5 years ago There has been a show Hotel Kingston in recent times!!!!

Also there are just too many things happening in the hotel!!!!

+ 4
5 years ago Na Bole Tum is the best daily soap of indian television. Aakanksha singh is doing a great job in Gulmohar grand too :)

5 years ago He is so handsome himself ..he looks slightly likethat diya nbaati guy na ...

+ 7
5 years ago I love the Gulmohar Grand. Good luck to the team and aakanksha Singh.

+ 3
5 years ago It is very nice show. Really different from the lot and fresh.. I am glad it is sired once in a week only.