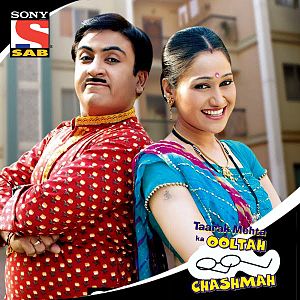 After having a gala time at Hong Kong's Disneyland, the families are back to their den in Neela Telefilms' much loved show Taarak Mehta Ka Ooltah Chashmah on SAB TV.

However, things do not seem to be going well in the house of Jethalal as Tapu (Bhavya Gandhi) has noticed a shadow of a person who is roaming around in their house. They were shocked to see the doors and windows of their house open and assumed that a thief might have come to their house in their absence. Now, the man behind the shadow will soon be revealed in the upcoming tracks of the show.

Our source informed us, "Its Sundar (Mayur Vakani), who is roaming around in the house of Jethalal. Sunder had gone to Singapore because of his work but his flight to Ahmedabad was delayed so he decided to take some rest at Jethalal's home."

It would be quite interesting for the viewers to watch the reaction of the Gada family after the truth of the shadow man will be revealed in front of all, whom they were assuming as a thief.

Get ready for another rib tickling episode!