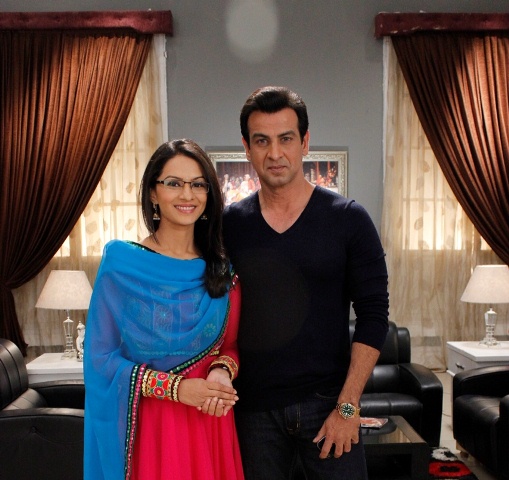 Nishii and Jignesh's wedding in Sony Entertainment Television's Itna Karo Na Mujhe Pyar brought to fore some well kept secrets of Neil (Ronit Roy) and Ragini's (Pallavi Kulkarni) relationship. The upcoming sequence is all set to give the viewers a peek into what went wrong between the estranged couple 15 years back!

It will so happen that during the wedding when Neil will try to reach Suhani, he won't be able to get through her. A worried Neil, not knowing about Suhani's whereabouts, will then decide to take the first flight to US to ensure Suhani's safety. On the other hand, Suhani, misled by Nivedita, will land in India. Neil will come to know about Suhani taking a flight for India, so Dimpy and Karan will decide to pick her up at the airport! However, she will be nowhere to be seen. Ragini will be shocked when she will find Suhani at her doorstep. That's when viewers will see Ragini confronting Neil on how he could bring Suhani to her house!

And the reason why Neil and Ragini's marriage got over!!!!

+ 2
9 years ago we know that juhi is multi-talented! she has awsome voice

+ 3
9 years ago its not new. she has been learning music for many yrs. i have even attended a concert where she sang. bcus she learns classical music tats why it is not popularly know. god! when will TB reporters get anything correct???