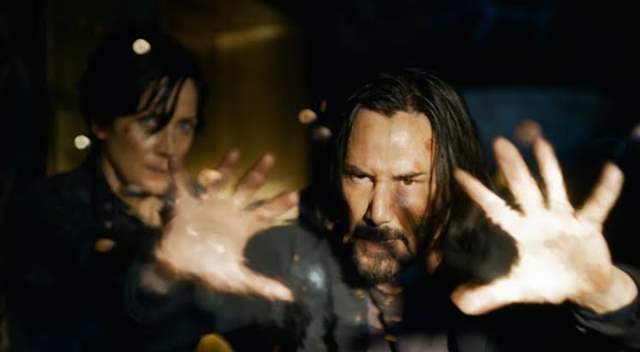 In the past few years, the trend of sequels and reboots has been at its epitome where some of the finest franchises or iconic films have gotten their own reboots. Some have worked while some haven't.

But it wouldn't be unfair to say that if there is one reboot (or should we say, resurrection) that everyone has been waiting for all this time, it has to be that of The Matrix.

Seventeen years after the trilogy ended, The Matrix is back with The Matrix: Resurrections. The trailer was just out and needless to say, it was epic. Keanu Reeves is back as Neo and this time he feels he is crazy. There are plenty of Easter Eggs in the trailer for the Matrix fans which I wouldn't spoil for you-

As we are so far into a resurrection, there obviously are plenty of surprises as well. Neil Patrick Harris plays a therapist as seen in the trailer and Priyanka Chopra Jonas also makes an appearance in what seems to be an intriguing look.

All we can say is we already cannot wait for Christmas.