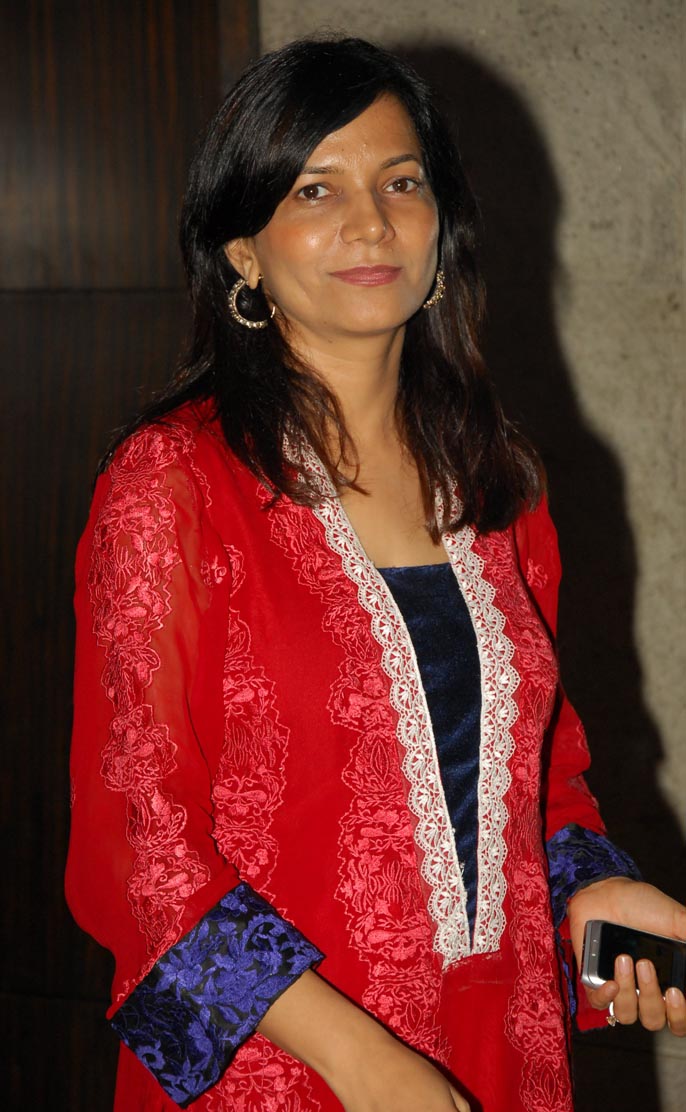 Colors' is all set to bring forth a beautiful bond of four sisters through its new launch Shastri Sisters, produced by Shankutalam Telefilms. The storyline of the show will revolve around the life of four sisters who are there for each other in every walk of life.

The maker of this show Neelima Bajpai got the inspiration of making this show from her own life and the story of the show has been developed in a way that it will connect to the audiences.

TellyBuzz spoke to Neelima to know more about the show and much more from her.

It's a warm and positive show - The idea of making this show has come from my own life. We are four sisters and we are very close. Whenever we go for family vacations, my brother in laws feel that it's a group of Bajpai sisters and we are outsiders. Even we are known as Bajpai sisters. So, my brother in law once said that you all are so close so why don't you make a show on this? That's how I thought of this idea of making a show on sisters who are not picture perfect girls who are not like that who don't do anything wrong. I wanted to make it real who are imperfect which makes them real and more endearing. It's a very warm and positive show. I told this to my writers and they liked it and then we came up with this idea to the channel and even they liked it so this how it happened.

The show happened pretty quickly - This thought was there with me and when the channel asked me to come up with something new so I presented two shows to them out of which they liked this. All this happened very quickly. We pitched the show in March and the show is now going on-air in July.

It was a good fun shooting in Delhi - We were shooting there in June when it was too hot and these girls are not used to the heat. We were shooting all outdoor sequences and they were little scared of going alone in the city knowing the fact that Delhi is unsafe for girls. I am from Delhi so I know Delhi very well. They were struck by the beauty of Delhi seeing the greenery all around, the food is so good. It was a good fun shooting there. It was just the heat which caught all of us. We have shot at places like India Gate, Cannaught Place, Railway Station, Central Market and other places.

The characters have been sketched by picking traits from different people - I have picked up traits from lots of people. I knew a girl who is little filmy. Some humor has also been added to the show through these characters. Though Devyani (Sonal Vengurlekar) being a chatterbox but she posses her own authenticity. Their language is going to have the flavor of Kanpur as they hail from there. When you shift from one city to the other then you somehow want to retain your identity. This trait has been given to the girls. The girls would be more protective towards the younger one till the time they will be in Kanpur but after shifting to Delhi, Peeya (Pragati Chourasiya) will have to learn to be independent as her sisters' colleges will be far away. So, it will be her new journey of being an independent girl.

The sisters will be very sensitive towards their father - The father is going to be the anchor in their life. The sisters are more sensitive towards their father as they know that they are there for each other but their father doesn't have their mother to talk to and share things with. They know that he doesn't have anyone with whom he will share his problems too. They have seen him crumbled and they make sure that he shouldn't feel bad of anything. Particularly for Anushka's (Ishita Ganguly) character who is a very emotionally strong girl. She doesn't let anybody know her feeling. She hides her feelings from everyone and she is very mature. Being the 2nd daughter of the family, she stepped in to be the responsible one of all. 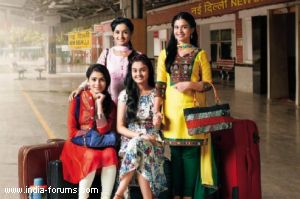 We will be focusing on the interpersonal relationships of the sisters - It's not tangible to say how different it is going to be from the shows made on similar concepts but in terms of the look, the performances, the sets and the storyline, we are touching on very small things and not on very big dramas. The story is about very small things to which the audience can relate to. Just for an example, how the other sisters will miss the one who will get married and how she will be attached to her maayka and still have the same care for her sisters even after her marriage. We will be focusing more on their interpersonal relationships.

+ 3
6 years ago oh not again. this PH is worst. known for screen space politics. soon smartest actress will hog all screen space and others ll become side kick

+ 2
6 years ago There are just too many shows about sisters that have come and gone and why are there so many siblings havent they heard of family planning.
God knows what is so new about this show.

+ 4
6 years ago i m sure she ll ruin it in no time :v the way she ruined sslk which was supposed to be a youth show n in a few month she made it a saas bahu saga...

+ 2
6 years ago Parents produce more and more daughters just to get a SON. India is suffering because of such parents. Daughters are produced by trial and error method...

6 years ago It's looks copy of Sony,s Shubh vivah.i loved that show.

+ 4
6 years ago Lets see 4 how loong dis will remain positive.. as i started 1 show by reading its actor interview dat it will be a positive nd happy show nd dat show turned out to be a pathetic show with full of negativity 4rm day 1.. finally i stopped watching it.. Yes i'm talking abt Kumkum Bhagya.. so lets see how dis show will be now.. dont trust on articles or interviews anymore after dat.. LOL