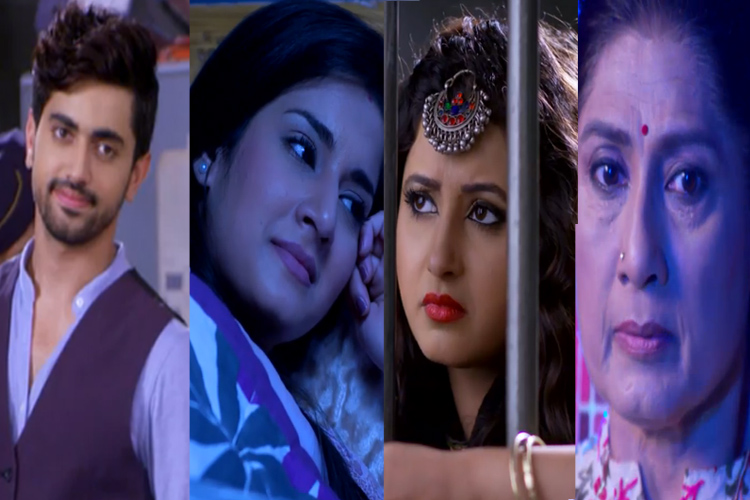 Naamkarann has entered that phase where the parties involved in this now-revenge saga have begun to make their moves against one another.
With Neil (Zain Imam) siding with Avni (Aditi Rathore) after hearing her troubled past, Avni surely has a lot of weight and support to get her revenge against Dayavanti (Ragini Shah).
The viewers recently witnessed the entry of a fake Avni (Sana Amin Shaikh) as she danced on Chikni Chameli in a bar. Now Daya, along with Ketan and Diksha (Neelam Silvia) have decided to plot the now-arrested fake Avni as Ananya Verma to know the reality of the real Ananya Verma aka Avni (Aditi Rathore). (Yes, it's as confusing as it gets!)
While Neil and Avni are enjoying the gradual success of their plan, they are about to have a lot more success in the upcoming episodes.
The viewers have witnessed how Daya points a gun at Avni after knowing her reality, but nothing of that will actually make a difference as Daya will plan her next, to get Ananya Verma home and expose Avni's reality.
As happy as Daya would be about it, Avni will initially act all tensed only to actually feel happy that her plan is working out.
Neil and Avni have got together to plan Ananya Verma aka fake Avni's placement as a bar girl, whereas she is a policewoman whose entry in Daya's house will be to gather more evidence against Daya, thus helping Avni's retribution.
Stay tuned for more updates.
8 Likes

tanyashah0110 3 years ago Naamkarann is an amazing show and glad its getting its dues...
Zain Imam you are simply amazing as Neil.

sandhir.candy 3 years ago Zain Imam & Aditi Rathore are doing great job as Avneil. Welcome to Sana Shaikh. Looking forward to what twist your entry might bring.

lol_rofl 3 years ago Zain Imam and Aditi Rathore you guys are amazing as AvNeil.
Keep rocking!!

ILTHBEB 3 years ago I've basically started watching nk after leap only for zain imam...neil is real attraction of nk.n hope cvs won't ever destroy the charm of neil role...now avneil are also glowing day by day.

lol_rofl 3 years ago Naamkaran is the best show ever.
Love you Zain Imam and Aditi Rathore.

Girl_InMedicine 3 years ago Looking forward to the future episodes..Aditi Rathore and Zain Imam are rocking as AvNeil in Naamkarann

aishwarya12joys 3 years ago Wow my god. Naamkaran has become one of my current obsession. Zain imam and aditi Rathore rocks as avneil. The CVS surprises us so well. Get going cvs